Born in Kazakhstan in 1969, Almagul Menlibayeva currently lives and works in both Germany and Kazakhstan. In 1992, she graduated from the Academy of Art and Theatre in Almaty, Kazakhstan. Menlibayeva frequently collaborates with the Ukrainian sound composer and artist OMFO. The modern Kazakh identity is distinguished by shaman myths, rituals of Mongolian invaders, Islamic traditions, customs of the steppe and the Soviet past. When studying the contemporary Kazakh reality, these modern aspects often resurface in it. Menlibayeva strongly believes in the coexistence of these traditions without having one dominate the other. Her videos and photographs, with a female figure at the centre of them, commonly depict those beliefs of hers. Her art has received attention from institutions such as MoMA, the Georges Pompidou Centre, and the Philadelphia Museum of Art. Her artworks were also acquired by the Louis Vuitton collection. In 2013, Menlibayeva was awarded the prestigious Kino Der Kunst award for her Transoxiana Dreams (2011). 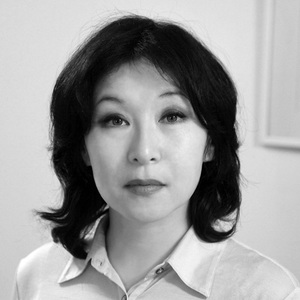