Born in Beirut, Lebanon in 1979, Joumana Medlej currently resides and works in London. Trained as a graphic designer, and experienced in print and multimedia, she was always looking for more meaningful expressions of creativity. Through years of close collaboration with master calligrapher Samir Sayegh, Medlej studied the essence of Kufic script. Her special interest lies in the unique relationship between Kufic and geometry - both sacred arts; and in bringing together the ancient, alchemical methods of hand-grinding pigments alongside the potential of modern laser-cutting. 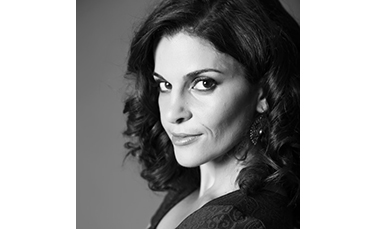