Born in Cairo1958 . He studied painting at the Faculty of Fine Arts in Cairo from 1976 where he graduated from the Mural Painting Section 1981.

Marouf lives and works in Cairo, Amsterdam and Milan. 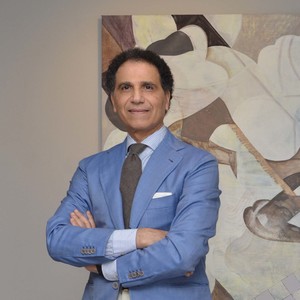