He graduated from the National School of Fine Arts in Abidjan, Pascal Konan teaches today painting while practicing his artistic activity.

Staging the daily life of the inhabitants of Abidjan, the artist interprets a particular emotion, the one produced by African cities through their crowd and the exuberant profusion of sounds and smells that characterize them. Pascal Konan's whole approach lies both in t exaltation of a happy childhood spent in one of the suburbs of Abidjan, but also in the testimony of the precariousness of an Africa grappling with urbanity.

At Jardin Rouge Pascal Konan continues his work on the management of our cities through the use of different recovered materials. The issue of e-waste animates the artist who is working on giving a new life to these objects strewn on the Ivorian streets and more generally in West Africa, a dumping ground of the Western world. In Pascal Konan's studio for example we can see a planet obstructed by dark spots evoking the degradation of the ozone layer. That same star made from bleached jeans draws our attention on the noxiousness of the products used in the clothing manufacture.

In a context where social divisions and the deterioration of the human condition are increasing, Pascal Konan advocates through his works "individual action as a means of concretizing humanism". Art as a social agitator is embodied through his works and questions how we build our cities by highlighting a public health problem.

Pascal Konan has been awarded several prizes and distinctions. In 2012, he won the UEMOA prize at the 10th biennale of DAK'ART. In 2014, the artist won the prize Christian Lattier granting him the opportunity to do a residency at the Cité Internationale des Arts in Paris. Finally, an individual exhibition is dedicated to him at the Rotonde des Arts Contemporains in Abidjan in 2017. 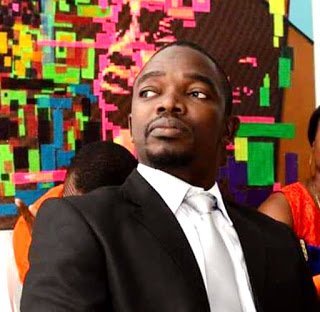