Hanny Khoury is a contemporary Palestinian-born artist who was born in 1990 in a small village called Eilabun near Tiberias and today lives in Canada. His early years, which saw the displaced family return to their home following the Nakba of 1948, defined the social, political and intellectual backdrop against which he grew up, shaping his outlook and also nurturing feelings of conflict around identity.

A disagreement with his family led to him leaving home, abandoning his Visual Art studies in Tel Aviv and living on the streets, where he moved, symbolically, between the two divided parts of Jerusalem. His experiences from that time are reflected in his bold, powerfully emotive Surrealist works. In 2012, Khoury resumed his studies under the guidance of Michael Hallaq, a professor and lecturer at the University of Haifa. Five years on, and struggling to thrive artistically in a region steeped in conflict, he decided to emigrate to Canada. Here, Khoury began producing new work that quickly won admiration, particularly from the art community in the Arab world. His first solo exhibition in Bethlehem in 2019 was a huge success and received extensive media coverage, in part thanks to its location in the lobby of the Walled-Off Hotel, owned by the world-famous graffiti artist Banksy, cementing Khoury’s status as an important member of the contemporary Palestinian artistic movement. 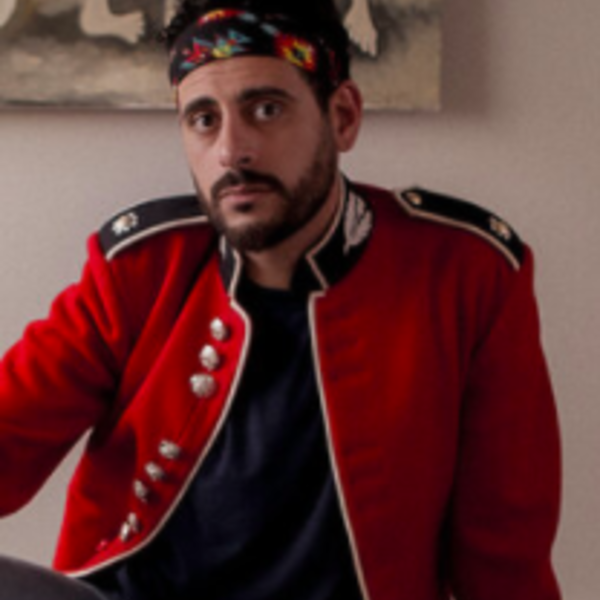