Born in Yerevan, Armenia, Avetis Khachatrian graduated from the Faculty of Wood Carving at Yerevan Art College and the Faculty of Visual Arts in Panos Terlemezian Arts College in 2006. A figurative artist, Khachatrian views the subjects in his work like members of his family, stopping to chat to them when walking past the canvas, seeing them in a dream and missing them when they are sold. Simultaneously, he admits to seeing something of himself in his characters, while explaining that he is recreating the fairy tales of his childhood in his work. Brimming with vibrant colours, his caricature-like subjects are characteristically depicted in action, whether cycling, gardening or enveloped in a family hug, providing audiences with a hint of their intimate feelings, longings and dreams. A member of the Artists Union of Armenia, Khachatrian clinched first place at the Winterfest Armenia festival in 2009. He has exhibited extensively in recent years, in both group and solo shows, at galleries in Lebanon, Armenia, Russia, the US, Malta, Italy, Kuwait and Austria. 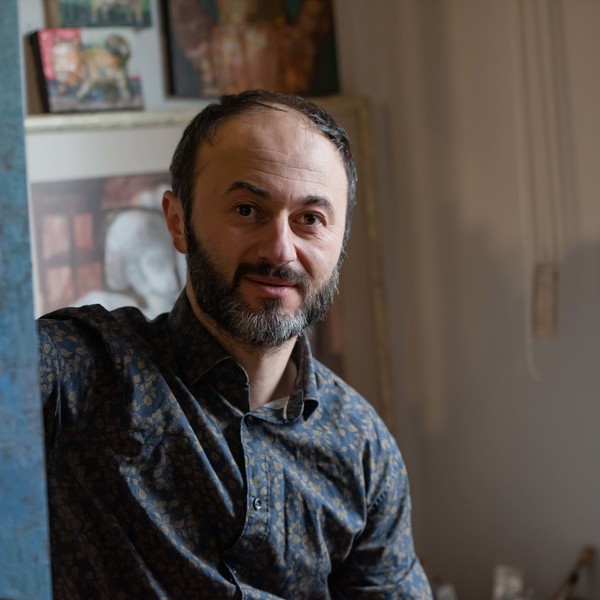