Mazen Kerbaj was born in 1975 in Beirut, Lebanon, where he currently resides. In 1999, he graduated from ALBA with a degree in Graphic Art and Advertising. Kerbaj’s work is directly inspired by his daily life, his surroundings, his encounters and his travels. In 2000, he released some of his more personal works entitled “Journal 1999”, a diary in the format of comics. In 2009, he won an award from the Sursock Museum of Beirut for his collaborated work with Laure Ghorayeb. 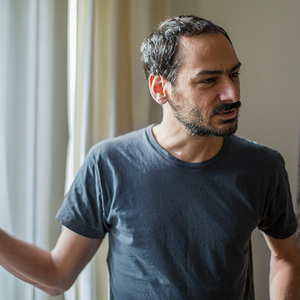