Kamel is An Egyptian painter, born in 1980, lives between Cairo and Beirut. She started her carrier with an exhibition in Cairo Atelier in 2004. Till Her last exhibition was held at Egypt Art Fair 2020, and Sursock museum in Beirut in 2018. Shayma also participated in exhibitions in Bahrain, Switzerland, Saudi Arabia, Egypt, France, Netherlands and Lebanon.

Shayma’s work is centered around women and their challenges in the Arab societies generally and in Cairo in particular. Her works regularly using different medium.

As using different technics in her works is both the variable and the constant in her artistic products.

Kamel, who has no formal art education, captures the essence of the Egyptian persona mostly through large paintings that simultaneously haunt and enchant. This contradiction is the central theme and conceptual backbone of Shayma Kamel’s.

Kamel seems to imply that the contradiction between image and reality simply comes from these imported images coming up against the realities of a conservative society. But do little white girls in the West realize their Disney-shaped childhood fantasies? Usually not.

Feminists have long offered commentary on the conflicting demands and expectations placed on women in patriarchal Western societies — summarized simply in the virgin-whore dichotomy. In a society that is more conservative, this tension takes starker form, and while there are key differences, it is not all that different in some essential ways.

Juxtaposing reality and fantasy to point to contradictions in contemporary society is promising, but in the end the works point to these contradictions more than exploring them. 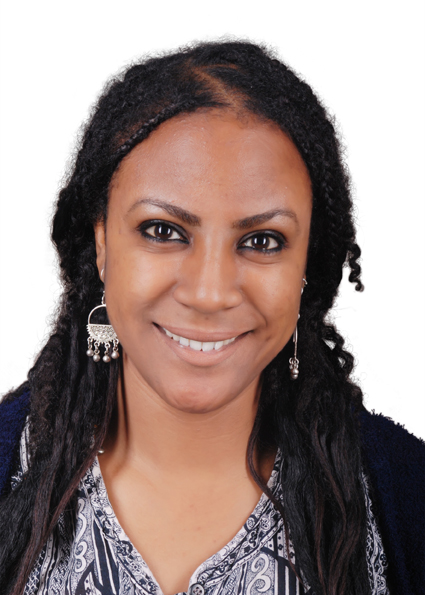