Bakhodir Jalal was born in 1948 in Tashkent, the capital of Uzbekistan. From 1968 to 1974, he attended the St. Petersburg’s Repin Institute of Painting, one of the oldest and most respected art institutions in Russia. Jalal was residing in St. Petersburg in the aftermath of the famous Thaw of the sixties that initiated the transformation of the Soviet society. The artistic intelligentsia at that time was rethinking the Russian avant-garde’s aesthetic methodologies, contemplating its future and experimenting with new, synthetic art practices. Art makers were looking for new ideas and forms that challenged officially sponsored and supported trends. 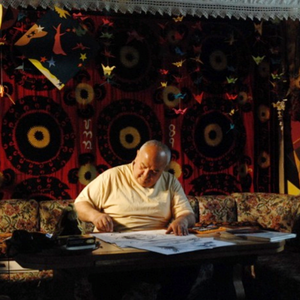