Hassanzadeh was born in 1963 in Tehran, to a working class Azerbaijani family who were fruit-sellers. He was just 17 years when the Iran-Iraq war broke out, and he dropped out of school and enlisted in the Basiji militia, but was subsequently obliged to remain as a conscript. When he returned from the war, he chose to work on themes that reflected his experiences of war.

Following his return to civilian life, he studied art, enrolling in the Mojtama-e-Honar University (1989–91) where he studied painting and later at the Persian Literature at Azad University (1995–99), both in Tehran. His art teachers advised him to "draw small" so that his work would be marketable, but he ignored this advice. From the outset, he was determined to paint large murals and posters.

Unlike many of his contemporaries who have left Iran, Hassanzadeh has chosen to continue to live and work as an artist in Iran. He is currently based in Tehran, where he works as an actor, visual artist and ceramist. His work featured in many exhibitions in Europe and the Middle East. Time magazine described him as one of the country's "hottest" artists. 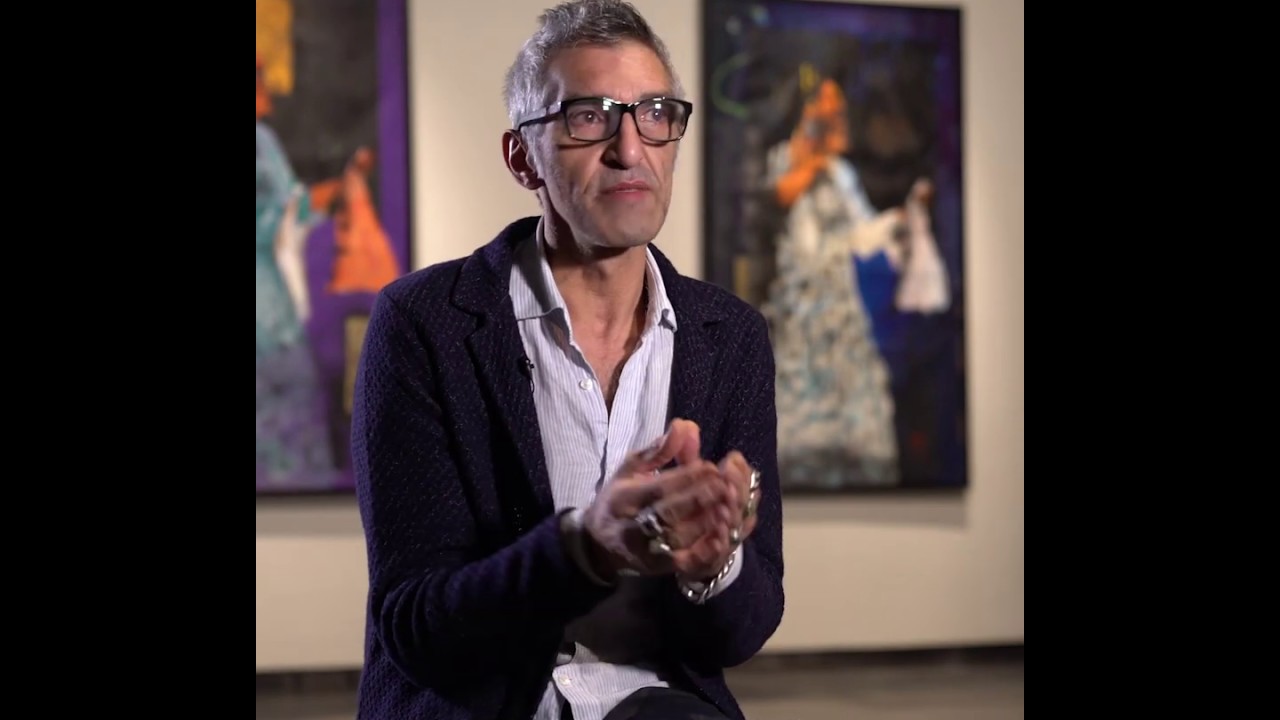