Fathi Hassan is an Egyptian artist who was born in Cairo in 1957 to both Nubian and Egyptian parents. He attained a grant to study Set Design at the Naples Art School in Italy. After graduating in 1984, he decided to stay and live in Le Marche, Italy. His calligraphic body of work, from colourful collages highlighted by words and symbols, explores the theme of ancient languages erased by colonial domination. Hassan’s work is in the permanent collection of the Victoria & Albert Museum, the British Museum and The Smithsonian National Museum of African Art, alongside others. He currently resides and works between the UK and Italy. 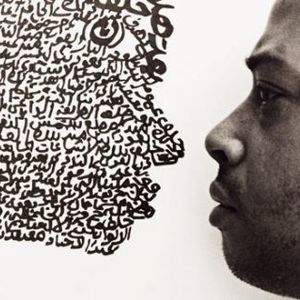