Born in Lebanon in 1964, Joseph Harb graduated with a Bachelor's degree in Fine Arts from the Lebanese University. In 1996, he received a scholarship from ALBA and the French Cultural Center in Beirut, and proceeded to attend a sculpture workshop in Cergy-France. Harb became a member of The Salon d’Automne at the Sursock Museum in Beirut. He taught Drawing at the Holy Spirit University of Kaslik, the Balamand University, and ALBA in Lebanon before moving to the United States of America where he lived and worked from 2000 to 2009. Harb now resides and works in Beirut, Lebanon. 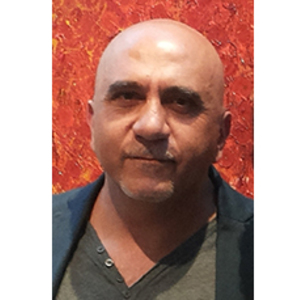