KAREN HANTES studied art for 5 years in Arnhem, Netherlands and graduated with a teaching degree in Art in 1991. Her initial plan was to become an art teacher, but no jobs were available during that time. As a result, she began creating “light objects” which jumped started her career as an artist..

She lived in Amsterdam, where she met her Lebanese husband and moved to Lebanon in 2003. She was able to start teaching again and over 10 years has given private lessons for children and adults in her art studio.

At the same time as teaching, Karin’s art work has been exposed in various exhibitions throughout the years . Lately in June 2022, she participated in the exhibition organised by Artists of Beirut Program at Arthaus . In 2019 her first shop was opened in Sursock Street where her paintings, light objects and other creations were displayed. Unfortunately, the shop was destroyed in the port blast, and currently she works from home either in Amsterdam or in Beirut.
Her work consists of mixed media . Her paintings are created with acrylics, collage, and stamps. She mainly paints woman with crowns on their head and flowers blooming around, showing the woman as a goddess where life comes from. Her light objects are mostly tall women shown standing or sitting dressed in fashionable clothing and shoes. The body and head are made with papier-mâché, the clothing is made with fabrics, and beading or embroidery are added as final touches. .

Her inspiration is found in nature, fashion, books, and museums, she says, “I always pay attention to detail and I hope that the tings I make are treasured and cared foRr and become special objects to someone”. 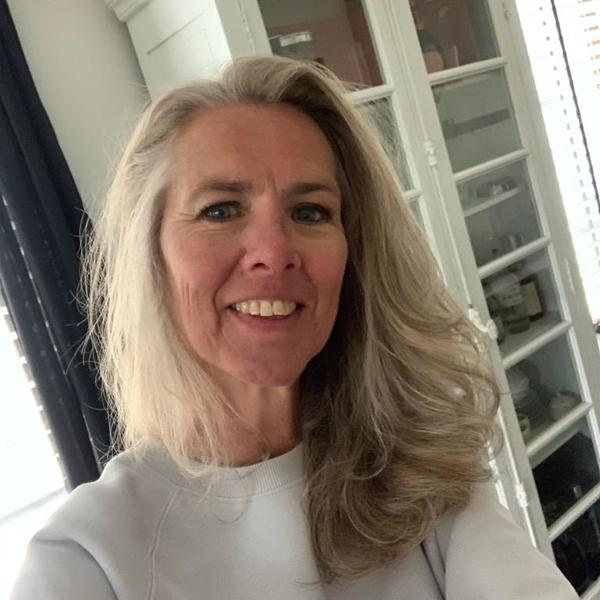