Mohamed Ghaleb Khater was born in 1922 and raised in Luxor, Egypt. He studied at the Fine Arts School of Cairo and graduated in 1950, under the supervision of the great modernists Ahmed Youssef and Hussein Bikar. For the first twenty years, his style was between Neo-Pharaonic and Classic Realism. After 1970, he fell into and mastered Revolutionary art, until 2004, after which he lived increasingly struggling with Parkinson's disease for the last five years of his life. In 1976, he was awarded the First Prize Art Medal by President Anwar El Sadat. 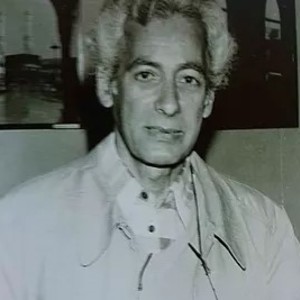