Born in 1994, Beirut-based Ahmad Ghaddar studied at the Lebanese University, where he graduated from the Faculty of Fine Arts.

Ghaddar, who also creates art under the name of Renoz, is largely driven by his passion for street art, which is enjoying a much higher profile since the Lebanese Revolution of October 2019, having provided the ideal vehicle for visual artists looking to share their messages of protest and kickstart a dialogue.

In his work, Ghaddar has become known for the thought-provoking and imaginative conceptual and visual interpretations he gives his contemporary subjects, as is evident in his series ‘Inflation’, which highlights Lebanon’s ‘broken’ economy. Here, he illustrates the way in which the local currency has plummeted in value against the US dollar in the past year through the gradual dissection and construction, in collage form, of a Lebanese bank note.

Ghaddar is a major contributor to the street art scene around Beirut and beyond, joining forces with other urban artists as the revolution gathered momentum to create topical murals across Beirut, Tripoli, Choueifat and elsewhere. He recently participated in Art Of Change’s group exhibition, titled ‘Kuh-Rupt’, which brought the social narrative of the street into a gallery and helped to reaffirm graffiti’s status as a recognised category of art. 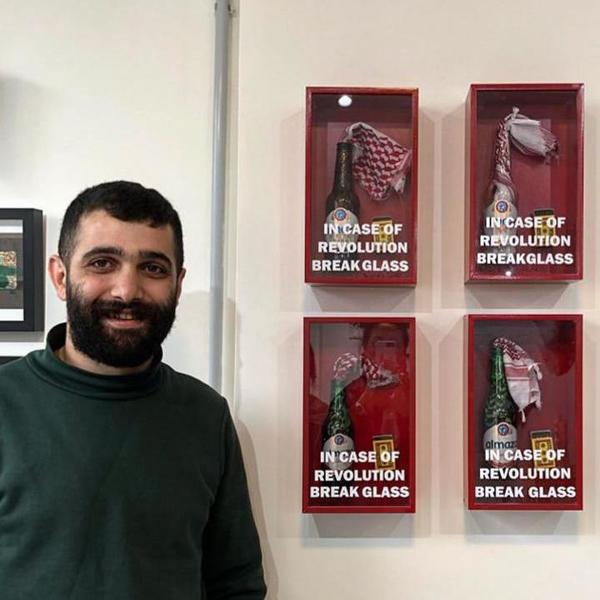