Rim El Jundi was born and raised in Beirut in 1965. She grew up to study Religious Art at the University of the Holy Spirit in Kaslik, and also earned a degree in Fine Art from the Lebanese American University. She was awarded the Sheikh Zayed Graduation Award in 1997.

Her style is composed of vibrant colors and a layout that is similar to that of religious art. She uses motifs and inspiration from iconography in her paintings, however, her paintings often exude contemporary significance. She combines pop art with a traditional inspiration to create her captivating pieces that portray nights in Beirut, and a particular social consciousness. 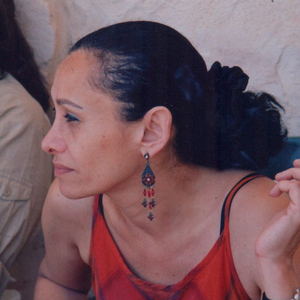