Born in 1963 in Zahle, Lebanon, Joseph El Arid is a self-taught painter who studied at the Royal Art Society, Sydney, Australia, as well as at the MC Avoy studio and the Grande Chaumière in Paris, France. Many of his landscapes feature his birthplace, known for its Cedars trees and quaint houses, alongside other Lebanese villages and countryside. He depicts his subjects in oils to recreate their vibrant colors, in a style reminiscent of the Impressionists, whom he cites as a major influence. El Arid is also known for his Abstract, geometric work. His paintings have featured in solo shows and collectives in Lebanon, France, Italy, and Australia, and he is a member of the Lebanese Artists Association for Painters and Sculptors. 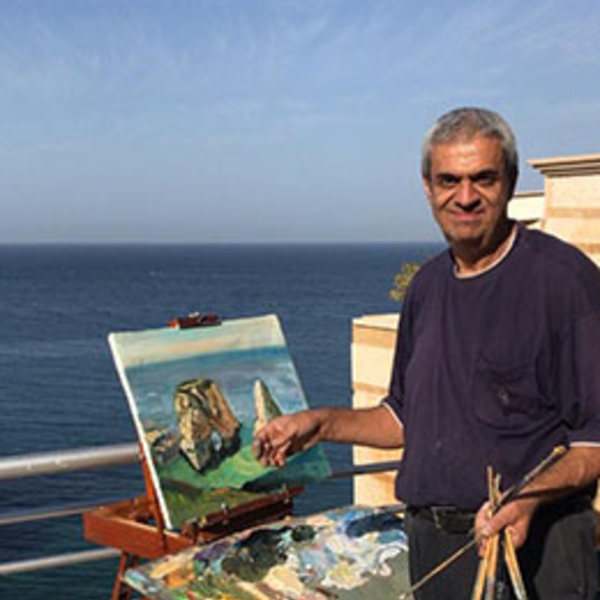