Yasemin Yenigün Bakiri graduated from the Academy of Fine Arts at Mimar Sinan University, in the Ceramic and Glass Department in 1988. She received a certificate in Communication Studies and CAM diploma from The London Institute and London Collage of Printing and Distributive Trades in 1992. The artist continued her studies in England at The Surrey Institute of Art & Design University College, specializing in 3Dimensional Design and Glass in 1995. Bakiri has worked with various international artists such as Annette Meech, Christopher Williams, David Taylor and Fleur Tookey. Since 1986, she has been exhibiting her works in museums and galleries. Bakiri received the second prize at the “Serpocam” Ceramic Glass National Exhibition in 1988 and “Young Designers” Award in the Business Design Centre in London in 1995. She runs a Glass Art center called “Camhane” located in a historical building in Fener and Balat in Istanbul, and continues to work from her studio as a glass artist. 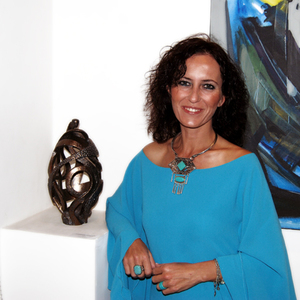