Rachida Azdaou was born in Tizi-Ouzou 1973. She lives and works in Algiers. She graduated with DESA degree in visual art, obtained in 1999 at the school of fine arts of Algiers. The work of Rachida Azdaou received the 1st prize of the city of Algiers for young painting in 1997. From 1997 to 2020, she exhibited her installation and drawing in Algiers and internationally. Since 1999, she teaches visual art. Algiers and its origins are the search engine and remain an important source of inspiration for Rachida, and what gives more sense to her life is simply her curiosity to understand things, to find clues, to ask questions, and that is to say everything and nothing make her day. 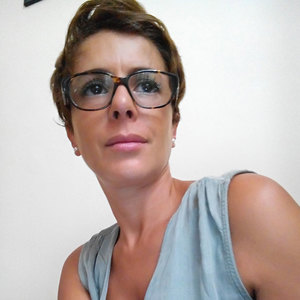