Audrée Anid is a mixed-media artist. Her work reconstructs and re-imagines photography and painting, speaking to the vascillating nature of identity, memory, and place.  Anid was born in Ann Arbor, Michigan and grew up in the Bronx, New York in the United States. With roots in Beirut, Lebanon, she identifies as Lebanese/American. She holds a B.A. in French Studies and Studio Art from Wesleyan University in Connecticut and an M.A. from Teachers College, Columbia University in New York. She is based in Brooklyn, New York.
Watch our interview with Audrée Anid 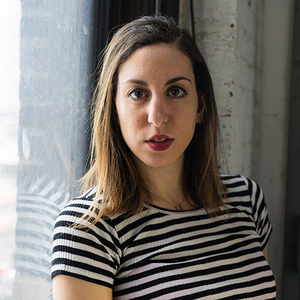