A pioneer of Iraqi modern art, Ismail Al Sheikhly was born in 1924 and was a member of the first graduating class of the Institute of Fine Art in Baghdad of 1945. After attending the Ecole Nationale Supérieure des Beaux-Arts in Paris, he returned to Baghdad and joined the Pioneers Group, an artist society. Al Sheikhly was a founding member of the Society of Iraqi Plastic Artists and was also a member of the Iraqi Artist Society. He was the director general of the Directorate of Plastic Arts in Baghdad. Al Sheikhly’s early works are inspired by the Iraqi village life, though his later works are more focused on abstracted colour combinations and obscured backgrounds. Women feature highly as a central theme in his work. Painted in groups quite often, Al Sheikhly’s women are streamlined with oval faces and generic bodies and seem to always be in states of coming and going, whether that be to the mosque, to the souks, or to do some domestic task. Al Sheikhly passed away in 2002. 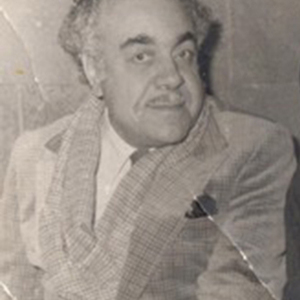