Born in Syria, in 1981, Mazen Alfeel is an internationally acclaimed painter trained at the Faculty of Fine Arts at Damascus University. His work has been exhibited in Copenhagen, Roskilde, Damascus, and Beirut. His master thesis, ”Monochrome in Syrian Painting during the second half of the 20th century" explored the dialogue between monochromatic paintings in Syrian and European art from the 13th - 20th century. 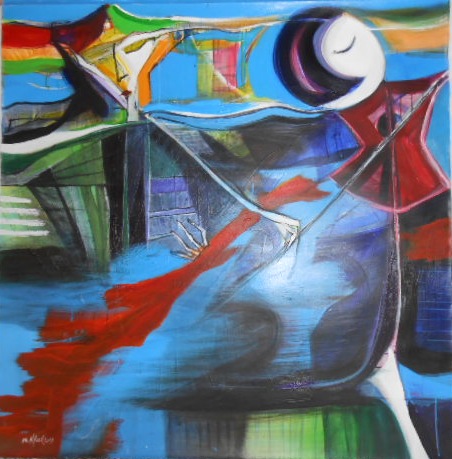