Syrian Artist, born in 1979 and has a double major in fine Arts and electrical Engineering.

Fadi is specialized in the field of Arabic alphabet, deeply studying the expressive and functional aspects of it. From the classical approach, he used the Arabic alphabet as ornamentation in jewelry in all its forms. Then he began venturing into more open and liberated formations and spaces, with coloring schemes that mimic the written words from famous quotes of worldwide renowned intellectuals and writers. And for last ten years, he has been working on a special project about Arabic manuscript preserved in different museums in the world.

2018 Winner of the international (Burda Award) with modern style of calligraphy - UAE.

2007 winner of the international competition (Alkateb) with classical calligraphy - Syria. 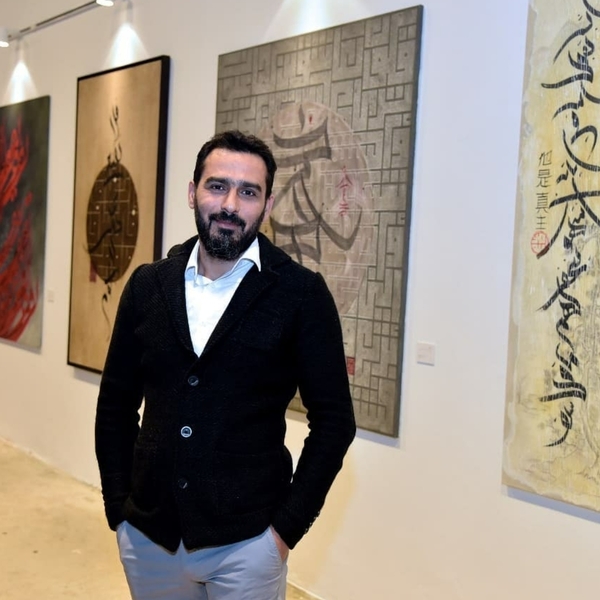