A third-generation British-Asian artist, Shahida Ahmed divides her time between Lancashire, in the northwest of England, where she was born, and the Middle East. Ahmed studied under the renowned American ceramicist, Jim Robeson. She holds a Double Masters, one in Community Leadership from the University of Central Lancashire since 2012 and one in Visual Arts from Leeds University since 2011. Ahmed's versatility and inventiveness with clay are manifested in the unique hints of classicism from vessels to mosaics that are simultaneously thought provoking, edgy and even confrontational in their novel beauty. Her work is very much influenced by rhythm and movement. The poems of Rumi, and Arabic culture generally, play a major role in her art, inspiring her to create whirling dervishes. 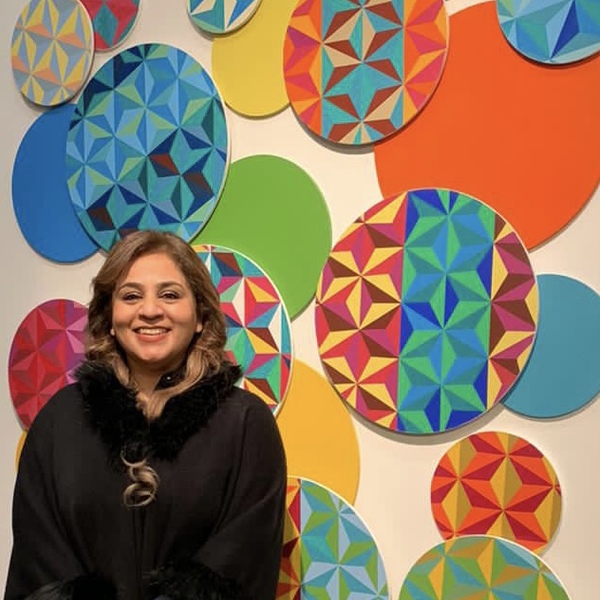