Rita Adaimy is a visual artist who has been practicing creative art whose fields are to be appreciated by sight, such as painting, sculpture, drawing … Her journey started after she graduated in the year 1989 from Technical studies, Diploma in Interior Design, Adonis High School. After her primary studies, she continued her education in the year 1995 with a Diploma in high education in Painting & Drawing from the National Institute of Fine Arts, Lebanese University, Branch II, in Beirut.

Rita kept her progress in fine art and participated in her first competition in the year 1999 to win the title of Millennium Painting Competition Finalist from Windsor & Newton. In the year 2000, a successful and fruitful period, Rita achieved several significant prizes and honours. The most noteworthy event was when Rita got honoured from HRH Prince of Wales at St. James’s Palace in London which followed several nobilities from the United Nations for her “The Embrace” oil on canvas which was reproduced as an ink and postage stamp. Moreover, Rita was as well privileged by the Ministry of Culture, Mouhammad Youssef Baydoun, at the Unesco Palace in Beirut.

The visual and innovative artist contributed in many solo and collective exhibitions. Rita’s remarkable solo exposition was conducted in March 2005 under the title of “Human Thoughts” in Espace Sd Gallery, Beirut, which remarked a prosperous appearance in her artistic journey. Moreover, her collective fairs were taking action throughout her whole artistic journey from the year 1994 until 2016 in Beirut and abroad. In Lebanon, numerous expositions were taking place in Khalil Gibran Museum, Sursock Museum, Stations des Arts, Sfeir Semler Gallery, CNAG Cynthia Nohra Art Gallery, Hotel Le Gray and many more. However, out of the country exhibitions varied from the Middle East Arts Gallery in Dubai, The Artist’s View II Mayfair Gallery in London, UK, United Nations Millennium Art Exhibition, New York, USA, and the International Trade Center, Stockholm, Sweden.

On the expert side, Rita experienced a long expedition of professionality. Her experience started by operating in architecture offices in the years 1988 and propagated her career in teaching painting, drawing, basic design, fundamental design and fine arts at AUST, ALBA, La Sagesse, Universities in addition to the Faculty of education at the Lebanese University, UNESCO in Beirut and Atelier Mouawad up until today. In addition to her professional experience, Rita is an expert in the field of clay modelling, ceramics, mosaic, gilding and drawing on furniture and any unplanned craft work.

Her successful arty lifestyle is a distinctive chapter of her life, which made her recognizable to sell her collections to well established titles such as Adnan Kassar: PDG of Fransabank, Michel Edde: Minister of Culture and high education and Dr. Makram Abi Fadel the Plastic Surgeon. 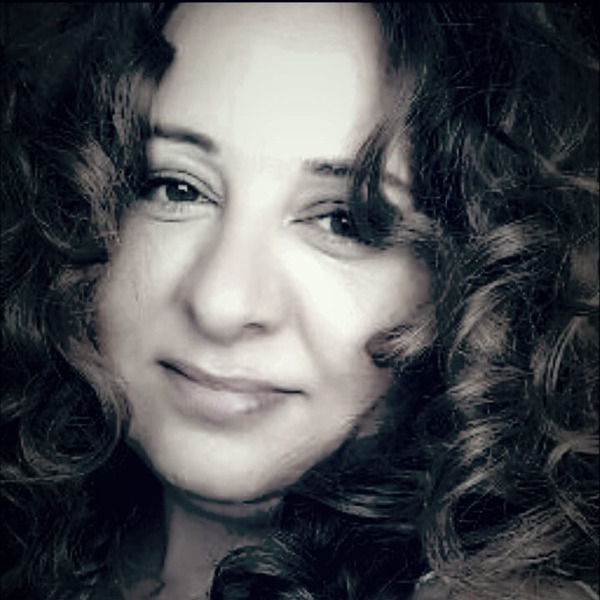