Born in Umm al-Fahm in 1982, Karim Abu Shakra was raised in a family renowned for its passion for art and creativity. He was especially influenced by the artwork of his late uncle, Assem Abu Shakra, who continuously supported his passion for art and his talent. Abu Shakra’s work is inspired by bits and pieces, and fragments of his childhood memories, which reflect his deep connection with nature and his surroundings.

Karim Abu Shakra has participated in several group and solo exhibitions in Palestine and internationally. Some of his solo exhibitions include The Endurance of Cactus at Gallery One, Ramallah (2015); Unity of Man Nature and Animal at Umm al-Fahm Art Gallery (2015); Childhood Memories at Jaffa Saloon of Palestine Art (2012); Black and White at the Palestinian National Theatre, Jerusalem (2009), among many others. In addition, he has participated in many group exhibitions at Palestinian Art Court al Housh in East Jerusalem (2014); Ostraka Symposiums, Sharm Al-Sheikh, Egypt (2011) and Etre Né(e) Nu(e)/DESIdeRata, Memory of the Future, Paris, France (2008).

Overall, Abu Shakra’s works are characterized by his bold brush strokes and nearly naive style. His paintings focus on the cactus as a symbol of resilience and a deeply rooted attachment to the land. His abstract human busts, “self portraits” are painted in vibrant mixtures of color, reflecting man’s complexity and his desire to transcend his reality. At first instance, it is not surprising to see certain well-worn motifs, even clichés, of the Palestinian symbolic repertoire: the dove, the cactus, the olive branch. And yet somehow, Abu Shakra makes it surprising: cacti are given beady bird-eyes with which to gaze at a floating whale. It is perhaps in this furious reworking of the clichés of suffering that the power of Abu Shakra’s paintings is most potent. By renewing these symbols with an absurd and monstrous creativity, they refuse familiar narratives of pain and endurance, and demand a new way of being. 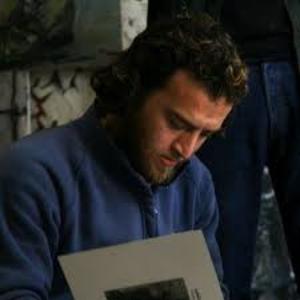