Fatma Abdel Rahman Ibrahim was born in 1973 in Cairo and now lives and works in Giza. She is a Professor at the Graphic Department, Faculty of Fine Arts, Egypt.

- First prize in drawing by Supreme Council for Youth and Sports1997. 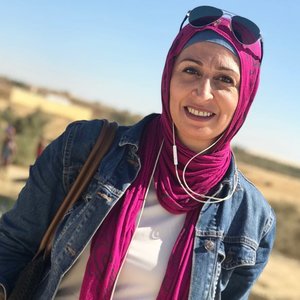