Nayla Romanos Iliya talks to Ahmad Minkara about her new, Dante-inspired public installation, titled ‘On the Other Side of Time’ 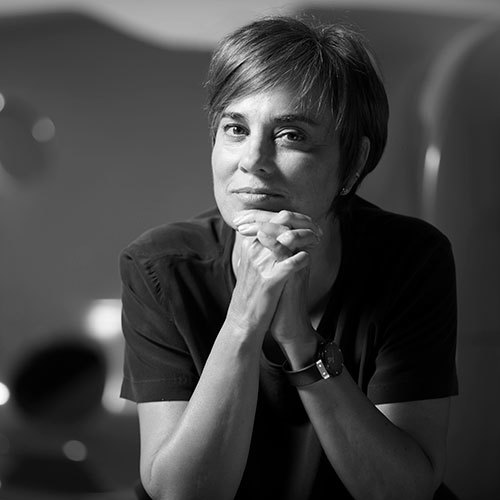 There’s something ironic about the fact that the multi-disciplinary artist, designer and trained architect Nayla Romanos Iliya was forced to postpone the launch of her large-scale public installation, titled ‘On the Other Side of Time’, due to the coronavirus pandemic.

With the inauguration scheduled for March 15, its delay was inevitable; and yet standing majestically in a highly symbolic location, against the backdrop of a global crisis and national chaos, Romanos Iliya’s project has never been more relevant. 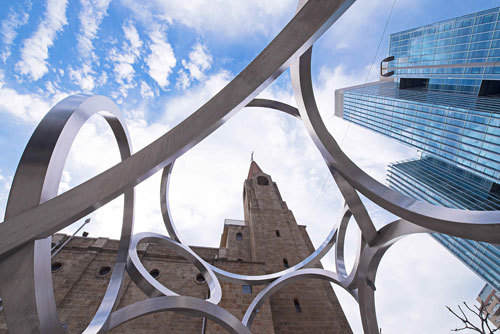 Architects, by their very training, are fascinated with space and structure, and adept at utilising them with ingenuity, as Romanos Iliya shows in this work.
Her source of inspiration is Dante’s ‘Divine Comedy’, which she chose to mirror in terms of both the structure and themes. Like the medieval opus, ‘On the Other Side of Time’ is epic in proportions and has been given a geometric structure. ‘Divided into three parts – Hell, Purgatory and Paradise – its components, made from brushed stainless steel and concrete, mirror the ‘9+1’ structure of the stanzas of Dante’s work, illustrating, in nine circles, man’s journey from hell to paradise via purgatory.

There is predictably plenty of symbolism in Romanos Iliya’s work, especially in the way she revisits Dante’s original themes. Particularly impressive is the way she combines the disciplines in which she excels with an ability to bring the medieval theologian to the fore and present her audience with lesser-known facts about him, not only avoiding clichés, but making his philosophy highly relevant to contemporary Lebanese society. 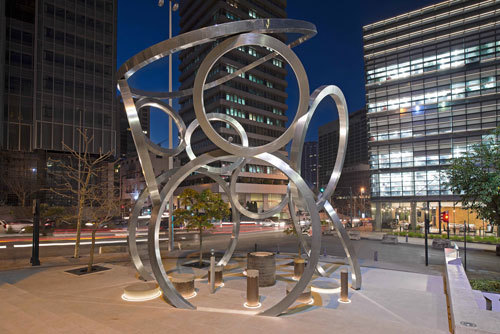 “Even though he was a catholic, Dante himself was heavily influenced by the ideas of Muslim polymath Averroes and the mystic Ibn Arabi,” she explained.
The project’s location in the square next to St Elie Church, Kantari, is equally significant, since the place of worship is situated on the once-notorious green line – the ultimate symbol of sectarianism - which split West Beirut from the East side of the city during Lebanon’s civil war.

The positioning of the project also has personal nostalgic connotations for its creator, lying just a few meters away from the French catholic school which she attended. Indeed, the motivation behind Romanos Iliya’s project is multi-faceted, bringing together emotional, historical, religious and philosophical components. She explained that even before the coronavirus pandemic, she felt an affinity as an artist with the protesters taking part in the October 17 Revolution sweeping through Lebanon. “I was particularly fascinated with the way people flocked to the country’s public squares to protest,” she said. “I see this project as a zeitgeist of these trying, difficult times.” 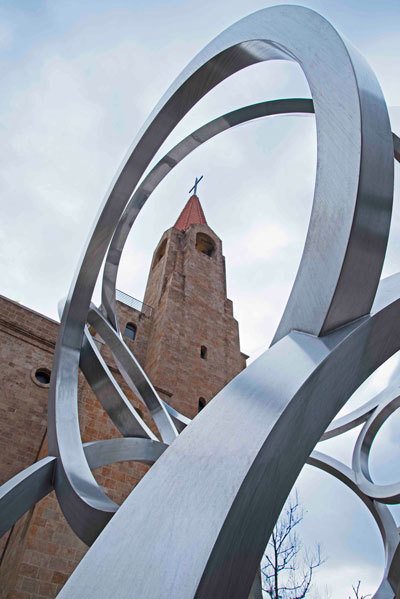 Public spaces – their value, the vacuum they fill and communities’ right to make use of them – are something Romanos Iliya feels strongly about, to the extent that since moving to Lebanon in 2013, she has focused on creating public installations, undertaking a project each year for Beirut Art Week.
“Lebanese people need to reclaim their public space. We have a serious dearth of public parks in Lebanon,” she noted. “I make public art so people can interact with it and feel that it belongs to them. People reflect and ponder in public spaces. It is a place where they exchange ideas.”

In its making, this latest project indeed acts as a melting pot of ideas – those of its creator, juxtaposed with those of Dante himself. Whether its launch takes place next week, next month or next year, there’s no doubt that Romanos Iliya has entered uncharted territory with this new work, of epic proportions even for her, reminding us of the American poet Ezra Pound – a Dante lover himself – when he said: “Artists are the antennae of the race.”