On fragmented memories, flamingoes and freedom of expression

Drawing on her childhood in Abu Dhabi and time spent between Beirut and New York, Tala Worrell’s paintings provide thought-provoking, observational snapshots of a diverse mix of places and people 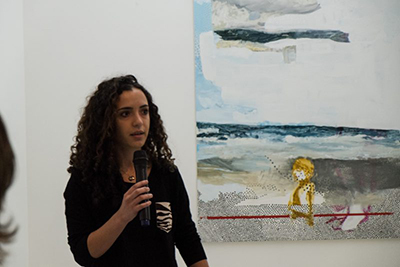 Like several other artists with Middle Eastern roots, you spent much of your childhood abroad. How has this influenced your art?

Those early years spent in countries other than the US have definitely impacted my work. I’m not always conscious of the way these influences filter through, but then, after I’ve worked on something, I realise I’ve been tapping into memories or exploring key themes from my childhood. Perhaps, while I’m working, those images move closer to the surface and then I can dip into them. One such example is the flamingos that have been a theme in recent work and which I remember from time spent as a kid in Abu Dhabi. The birds made their home on an artificial lake in Al Wathba, not far from where we used to live. For some reason, they’ve resurfaced in my paintings recently as a recurring image to explore larger themes of movement and rhythm. I think sometimes there’s a delay in bringing fragmented memories onto the canvas, which might be down in part to the way we process things. Perhaps it’s only when we leave somewhere that we become fully aware of what’s stayed inside and what we’ve brought with us. 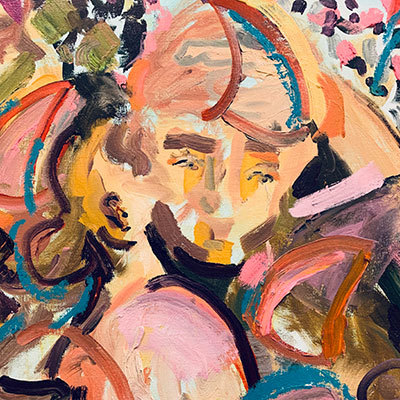 As an artist with Arabic roots living in the US, do you feel compelled to use your art as a medium to address topical, geopolitical themes?

I don’t see myself as an activist and I certainly don’t set out to make overt political statements - that’s not how I work - but I’m also aware that politics will filter into my art. Thinking of the personal as political, my paintings set in Beirut hair salons and nail parlours inevitably depict the socio economic as well as personal dynamics at play in each situation. More recently, I’ve begun moving into the spiritual realm in my work, but of course, the human element is always there. Everything I paint is formed by places, experiences and observations.

How would you describe your style of art and does it chime with the way others describe it?

Actually, I think the way I view my work is fairly consistent with how other people read it. Of course, the language of painting changes, depending on what I’m trying to achieve, as does the orientation or disorientation when I’m trying to flush out ideas at different moments in time. I’m aware that when I’m standing in front of my work it takes on a different perspective from when I’m looking at a photograph taken years ago. It’s also important to remember that art gives you freedom to build something that can’t really exist in any other way, and that inevitably adds some fun and unpredictability! 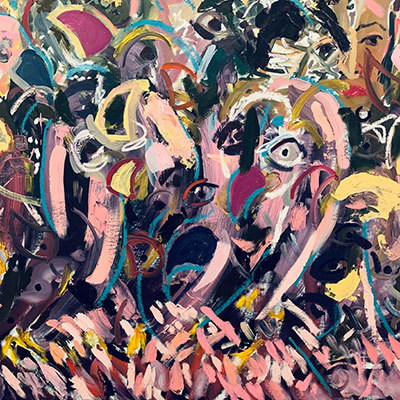 Who do you regard as your biggest influences?

There are so many to mention! Perhaps I should start with coming-of-age and high school stories, both the kitsch type and the emotionally profound ones! And then there’s magic realist fiction that fascinates me, especially the way time and reality are constantly slipping against each other. When it comes to artists, Philip Guston is someone whose work has had a major impact on me, especially the way that in his later work he chose a colour palette and stuck with it. I also love the way that he came up with his own language of figuration somewhere between cartoon and abstraction painting. Guston had the clarity and confidence to focus primarily on people and things that formed part if his everyday life in his work and that is something else I really admire. As a younger artist, I know how tempting it can be to become distracted and obsessed with trying to find something meaningful, loaded with historical significance. I look at Guston as a reminder that the object in a painting is somehow incidental and a profound subject matter can come from quotidian objects; the stuff we see and are involved with every day. 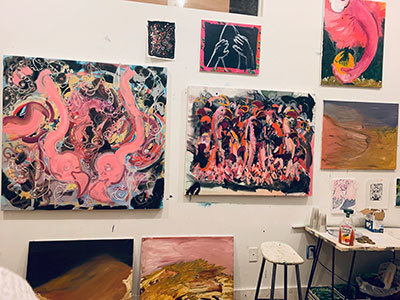 Are you spontaneous or contemplative in the way you work?

I dive right in and paint really fast! I have no shortage of ideas and things I want to try; what takes time is working up the courage to start. I delay and delay, just sitting there terrified. I’m not sure why, but I suppose it could be the fear of making a mistake. In the end, it all works out and the best ones are when something unexpected happens, or all the discoveries are made through the process of painting.

How do you choose your subjects or do they choose you?

It depends. Sometimes I’ll see something – a moment in time - and think that’s a painting, but then at other times I’ll go out with the aim of obtaining information for an idea, and sometimes it’s a color palette I want to work with, or a song I just heard. It usually starts out as a drawing inside my head and then it’s up to me to develop it. 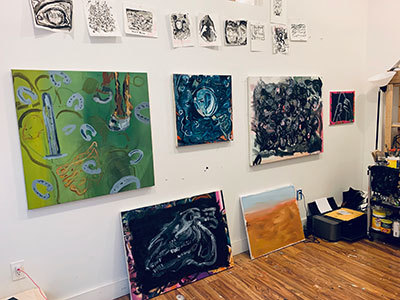 What are you working on right now and what’s in the pipeline?

I decided recently to return to painting on a larger scale. The dancing flamingos are central to what I’m working on, maybe because I’ve been trying to find a subject that lends itself to big action - that’s why I’m in that imagery. I’m planning to apply to grad school in the fall as well as working on some proposals for exhibitions and residencies in Beirut, Abu Dhabi and NYC. 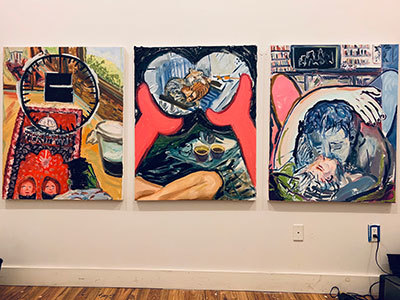