Amin Sammakieh, founder of Plan A, is taking visuals to the next level in the Middle East with his trailblazing 3D projection mapping.

Although his father was a distributor for several top regional and international television broadcasting companies, including Columbia, Fox and Orion, it never occurred to Amin Sammakieh that he would find himself following a parallel career path.

Having studied Business in London, UK, Amin embarked on his career path at the BBC after graduating, before moving to the American television network Showtime and then on to the Dubai-based Middle East Broadcasting Center (MBC), where he took up the post of creative manager.

Amin’s achievements at MBC were impressive, gaining him 18 accolades, including the ProMax Award for Best TV Promotion – the Oscar equivalent when it comes to recognition for creativity in television. During his time there, he also spearheaded the launch of both MBC 2 and MBC Action channels. Although his career was going from strength to strength, however, Amin began to feel that it might be time for a change and, in 2008, decided to leave while still at the top of his game.

His next move in September of that year was to set up his own outsourcing company, titled Plan A, with the aim of serving major broadcasters across the Middle and Far East, such as MBC, Rotana and ART.

In 2011, Chafic Khazen, the owner of Skybar, Beirut, approached Plan A to install 250 meter-square LED screens on both sides of the nightclub and create the content for them. The venture represented Amin’s first 3D projection mapping project and marked a major milestone for Plan A. 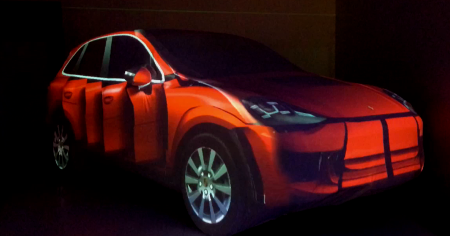 In 2015, Amin took the next step and decided to venture onto the broader commercial scene. In what would prove to be a key development, at the end of that year, Plan A carried out the 3D mapping for the new Porsche Cayenne, but significantly, the team projected the imagery onto a car rather than a screen - something never witnessed before in Lebanon.

The Porsche project was deemed a great success and marked a further turning point for Plan A, bringing it the brand equity it deserved. A wave of new ventures followed, including real estate, 3D model projects. In 2016, Amin also took the decision to branch out into the wedding segment by launching 3D mapping for bridal entrances.

Unsurprisingly, Amin’s work brought him recognition on the global stage, including a place in the 2016 finals for his craft at the Bolshoi Theater, Moscow.

The following year, Plan A took its expertise to the next level, when the company worked on the ‘We Dream Lebanon’ event, its biggest project to date, which included 3D mapping, lighting, laser lines, multi-media, water screens, a water fountain and a live performance.

New Year’s Eve promises to be an extra-special night, both for the company and also for revelers who are lucky enough to be celebrating the end of 2018 at one of Lebanon’s most popular venues. First, Amin and his team will discover whether they’ve been successful in a Japan-based competition for 3D mapping firms, having made it through to the final. On the same evening, Plan A will also be delighting party-goers at The Palace Beirut with Amin and his team’s signature 3D mapping projections and much more besides. 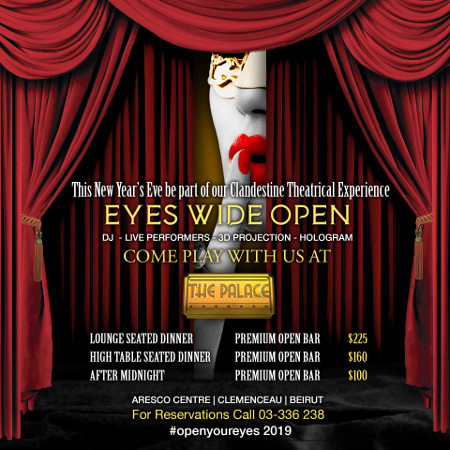 The coming year looks set to be equally hectic for Plan A, with the Dubai Global Wedding Excellence Retreat already confirmed on Amin’s calendar, reaffirming that demand for top-quality 3D mapping is here to stay.