On Unbreakable Bonds Formed in Battle

On Unbreakable Bonds Formed in Battle

Luc Ferier, chairman of the Forgotten Heroes 14-19 Foundation, talks to ArtScoops about the mission he and the other team members undertook to put faces to the unknown soldiers from minority groups who fought in WW1, and the limited edition prints for sale that tell their stories

When Belgian-born Luc Ferier promised his grandmother that he’d read the journal his grandfather kept while serving on the frontline of World War 1, little did he know that it would mark the beginning of an incredible journey, taking in untold stories from some of the bravest, but least recognised participants of this terrible conflict along the way.

He starts out by admitting that he delayed reading the diary entries, many of which were written on scraps of paper and anything else that his grandfather, who survived the war, could get his hands on in the trenches.

“It was only really when planning got under way for the 100-year commemorations that I decided the time was right to delve into them,” he tells ArtScoops.

While the journal proved to be fascinating on many levels, something that really resonated with Luc was his grandfather’s affection and praise for the Muslim ‘brothers in arms’ who served alongside him. 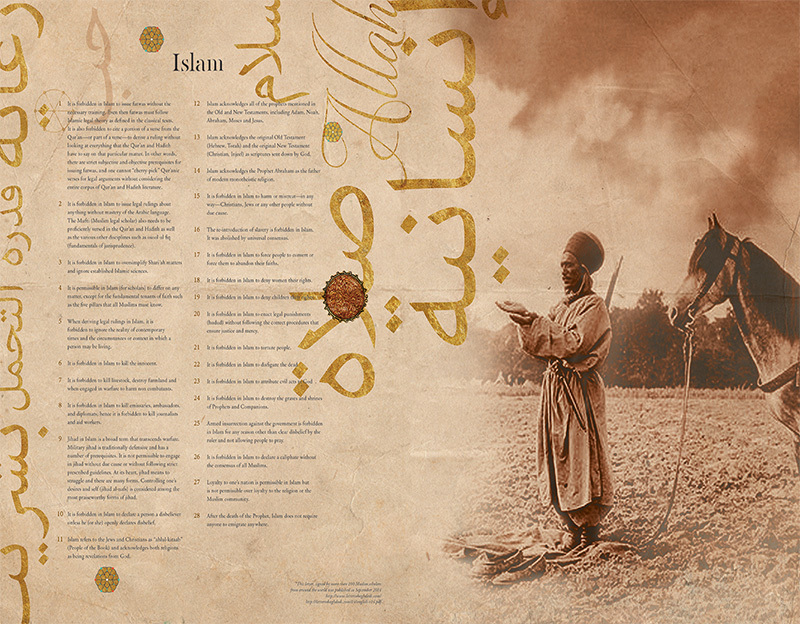 “My grandfather was both a professional soldier and a committed Christian,” he says. “When I started reading his writing, two things jumped out at me; first was my surprise at discovering that Muslims had fought in World War 1 and second was the huge respect that my grandfather had for them.”

Moved by the sentiments expressed by his grandfather, he decided to explore this aspect of the war in more depth and founded the Forgotten Heroes 14-19 Foundation, of which he is the chairman today. “I was interested in the motives of these men who were fighting so fiercely and bravely in a country that wasn’t even theirs to defend,” he says.

His curiosity evolved into six years spent researching the part played by Muslims and other soldiers of different religions and ethnicities in WW1, which culminated in a book, titled The Unknown Fallen. The publication also contains a delightful collection of limited edition prints of WW1 scenes featuring some of the soldiers mentioned in the book that are now being auctioned by ArtScoops in a charity sale, titled Singularity of Peace. 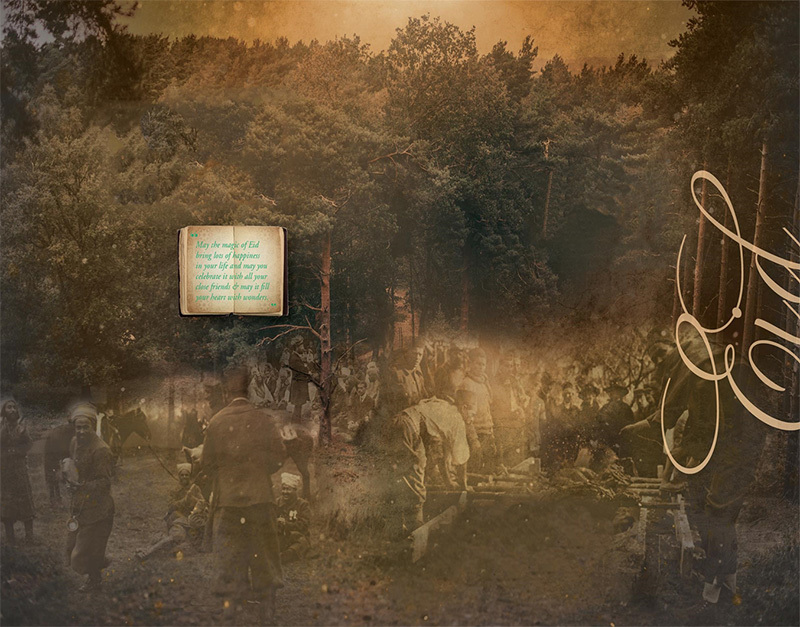 The project took him and his team of researchers across the globe to 19 countries, including several highly unusual locations, although perhaps surprisingly, the more traditional places of research, such as libraries and museums, didn’t have the information he wanted.

“Most archives were about battles and military strategies, whereas I was looking for names and the human side of things,” he explains.

As he dug deeper, he also realised how little had been written about the Muslims that fought in the war. “There was nothing about these people, it seemed as if nobody cared,” he says.

The fact that the piles of document he came across during his research, which numbered around 850,000, had clearly been untouched for decades seemed to confirm his suspicions.

“Everything we found relating to these soldiers – from papers in private collections to others in the basements and attics of hospitals and government departments – had lain in unopened boxes for years,” he says. “There was something very poignant about the lack of interest in them.” 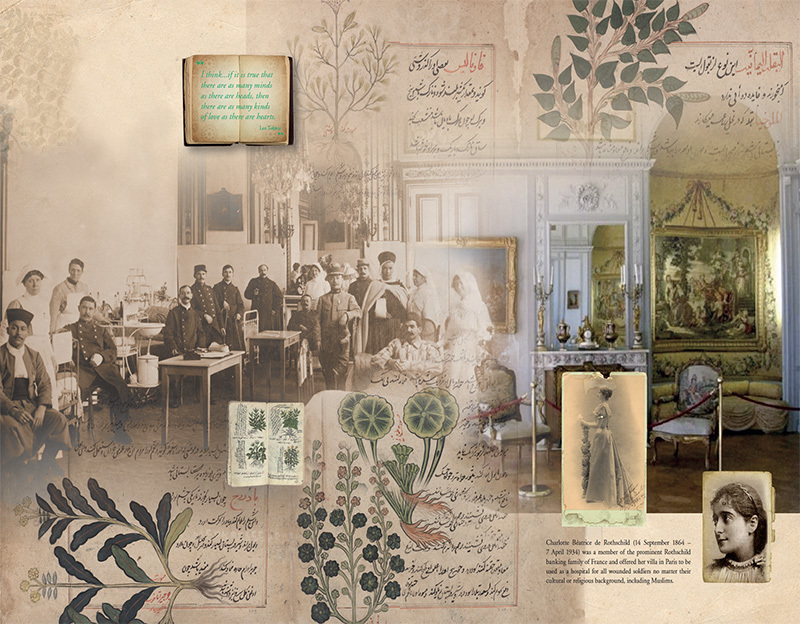 As he and his team of the Forgotten Heroes 14-19 Foundation intensified their research, the story became even more fascinating, prompting them to question the figures that they’d been working from until then.

“Originally, it was thought that a few hundred thousand Muslims played a part in WW1, but from the hospital records and information detailing the prisoners of war we came across, it became clear that the number was significantly higher,” he says. “We had documents showing men had travelled from North and Central Africa, undivided India, China and the United States of America, to name just a few regions. Also, the fierce battles in Mesopotamia and the Middle East were more gruesome than previously thought. All in all, we estimated that there were 4.5 million Muslim soldiers and labourers fighting alongside the Allied forces in WW1.”

He adds that when he and his team shared their data with academics, they were stunned. So why was the information on record so inaccurate and why haven’t the families of these men called for it to be rectified? 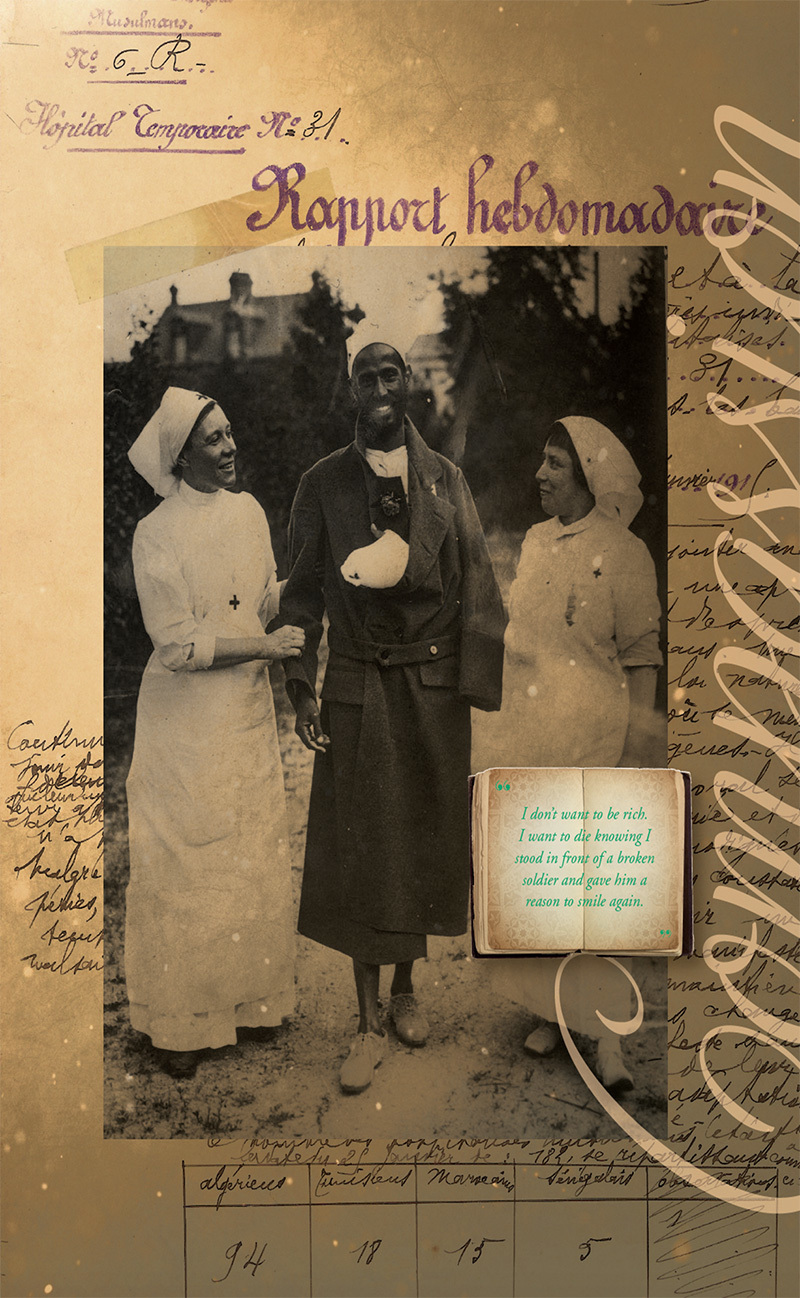 The chairman of the Forgotten Heroes 14-19 Foundation believes the answers to both these questions are complicated. “I think that to some extent, nobody had bothered to question the information passed down,” he says. “You have to remember that when the war ended, people simply wanted to lock away the paperwork and since no one requested it, there it stayed. And there was a lack of interest on all sides, perhaps because WW1 was viewed by many as a futile, senseless war, played out because of egos. So while nobody questioned the soldiers’ bravery, plenty of people wanted to draw a line under it.”

The part played by the Forgotten Heroes 14-19 team, who pored over letters in a variety of languages and dialects was also key to getting to the truth. “We had to fight to gain access to some documentation, but we persevered,” he says.

So does the foundation believe it discovered why these soldiers went to fight a war that had so little to do with them? Again, the answer is far from straightforward.

“There could have been an element of pressure, even if these men weren’t conscripted,” he says. “We believe that some were leaned on by their tribal leaders, while others went for the money. There were cases of ex-prisoners being sent abroad to fight, while others really did go for the glory.” 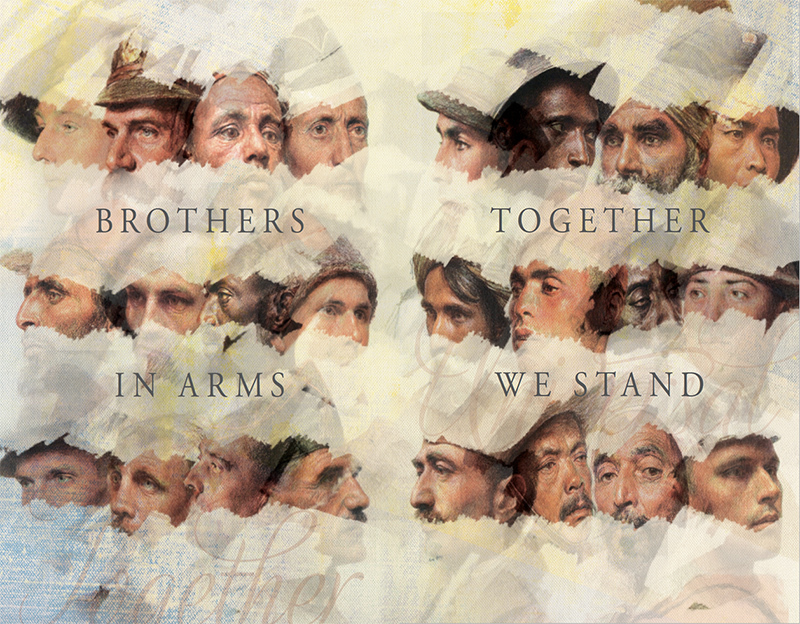 They might have been disconnected from the cause, but the Muslim soldiers certainly had their own identity, as could be seen from their insistence on wearing their own uniforms.

The research also revealed the deep-rooted camaraderie among the men and mutual respect for each other’s faith that his grandfather mentions in his journal. “For example, we found letters from soldiers asking how they should bury their Muslim comrades or tend to them in their final minutes. They really wanted to get it right,” he says. “We also found letters from them asking to be buried side by side.”

Luc Ferier cannot help comparing their attitude towards each other to those exhibited in today’s world, which seem short of tolerance and respect. “It’s one of the reasons that the book is called The Unknown Fallen, but subtitled Untold Friendships,” he says. “Both themes are important and provide a great deal of food for thought.”

The selection of 30 prints from The Unknown Fallen are available for sale on ArtScoops until December 6. To view them, click here.