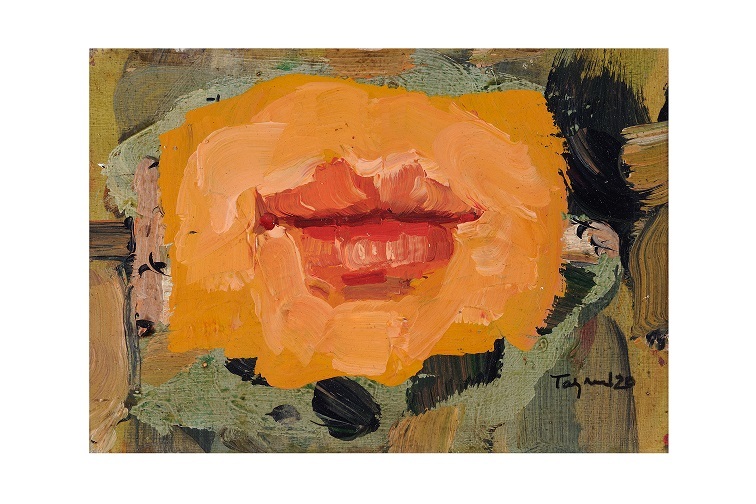 There are no obvious condition concerns. For a full condition report please contact us.
Dubai, United Arab Emirates
Ships in up to 14 business days.
We guarantee the authenticity and provenance of our artworks.

Tabari Artspace is delighted to announce Strange Fruit a solo exhibition of works by acclaimed female, Lebanese painter, Tagreed Darghouth.
Concerned with the socio-political issues prevalent in her native Lebanon and beyond, Darghouth takes a research-driven approach to her works, primarily in acrylic on canvas, that tackle such topics as cosmetic surgery, domestic workers, life and death, war, destruction, identity, and displacement. The artist draws inspiration from literature, philosophy, and the everyday realities of the Middle East as well as European Masters like Rembrandt van Rijn and Vincent van Gogh to produce paintings that are not only uncomfortable, confronting, and challenging in their subject matter but also technically brilliant.
Strange Fruit will be the first ever solo exhibition of works by Darghouth in Dubai. The series on display sees a juxtaposition between pastoral landscapes populated with Palestine’s ubiquitous olive trees and images depicting the destruction and violence resulting from the occupation. Allegedly, approximately 800,000 olive trees in occupied Palestine have been uprooted since 1967. Darghouth’s paintings, that refer to this destruction of the Palestinian olive groves, are imbued with the sentiments of Van Gogh on the significance of the olive tree as a ‘symbol for human life and its cycle’. Van Gogh believed that human interaction with nature, particularly during the olive harvesting season, formed a connection to the Divine. Darghouth also takes inspiration from these closing words by poet Mahmoud Darwish in The Second Olive Tree:
But one of her grandsons
Who witnessed the execution threw a stone
At a soldier, and was martyred with her.
After the victorious soldiers
Had gone on their way, we buried him there in that deep
pit-the grandmother cradle. And that’s why we were
Sure, that he would become, in a little while an olive.
This exhibition is another attempt to throw a stone.” -Tagreed Darghouth