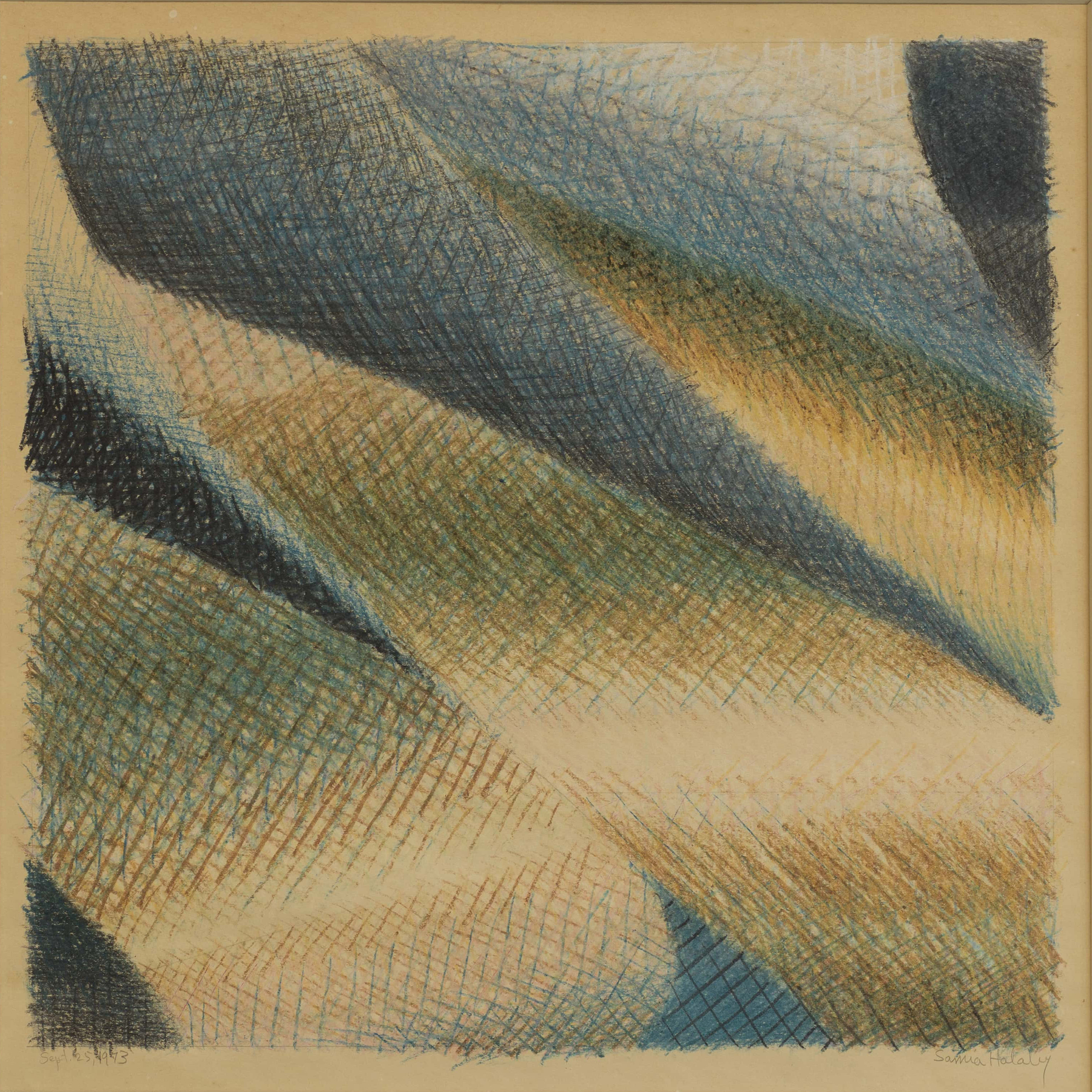 This work was done in 1973 during Samia Halaby's first year living in New Haven. It is part of her series resulting from the fascination with geometric form, especially the helix. She would draw several helixes travelling on a conic surface then select parts to share. She was conscious of Arabic art in choosing to not allow the impression of overlap even while shading. Drawing like this one were trials for the very few large oil paintings that resulted from this period.

Samia Halaby is a Palestinian artist, scholar and art historian. She is known for her abstract work, influenced by nature, and native trees of Palestine. Samia Halaby lives in New York, she grew up in Yafa, then in 1948, her family moved to Lebanon after the occupation of Palestine. In 1951, she moved to Ohio in USA. She received her MFA from Indiana University, she was the first full-time female associate professor at Yale University School of Art, for almost ten years. Her work advocates the rights of Palestinians, raises awareness about their struggles, and her abstract works have mainly Palestine and the landscape of her homeland as subject matter. In the 1980s, Samia Halaby worked in kinetic art, computer-generated painting. She held many solo exhibitions in USA and abroad, and her paintings are part of many museum collections, including the Jordan National Gallery of Fine Arts, The British Museum, the Guggenheim Museum, The Art Institute of Chicago, and The Detroit Institute of Art.