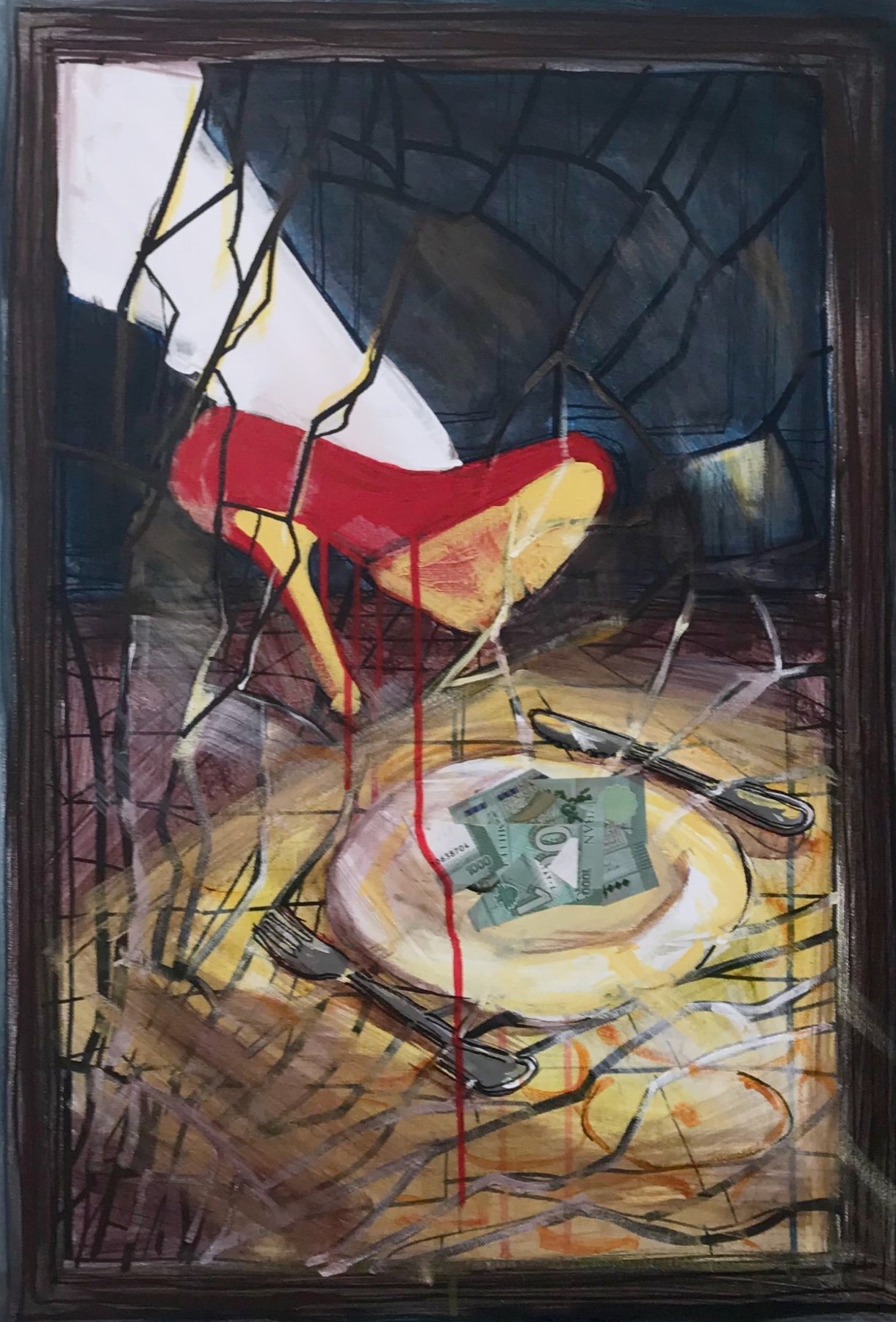 There are no obvious condition concerns.
Acquired directly from the artist
Beirut Lebanon
Ships in up to 14 business days.
We guarantee the authenticity and provenance of our artworks.

Born in Baabdath, Lebanon in the year 1992, Nina had found a great interest in expression through drawing at a young age. At the age of 13, she completed her first canvas (30 cm x 45 cm), and her first comic book. Since then, she was interested in telling stories through drawing, painting, and writing. The renowned painter Van Gogh, and nature that was a big part of her childhood influenced her style. The technique was acrylic on canvas Her parents encouraged her to host her first paint exhibition in the annual summer event “Mzaar sous la tente” in Faraya at the age of 17 years old. Years later, after studying animated filmmaking at ALBA (Lebanese Academy of Fine Arts) and graduating with a master’s diploma, she lives in Beirut as a freelance animator, storyboard artist, and character designer, and produces paintings in parallel. One of her biggest influences today is Gustav Klimt, Egon Schiele, and Julio Pomar among many others. The urban life also helped her shape depth into her characters and their surroundings. The Lebanese architecture and repetitive patterns are dominantly present in her compositions. The urban life also helped her explore several medias other than purely just acrylic on canvas. For example, she started collecting old wine and oil bottles and decided to create a clean and clear surface on them to draw the streets of Beirut currently displayed in a boutique based in Badaro named Au Soleil.

June 2021 she participated in the collective pop-up exhibition of Artists of Beirut Initiative, "women of Beirut: Untold stories", held at the Bossa Nova Hotel in Beirut