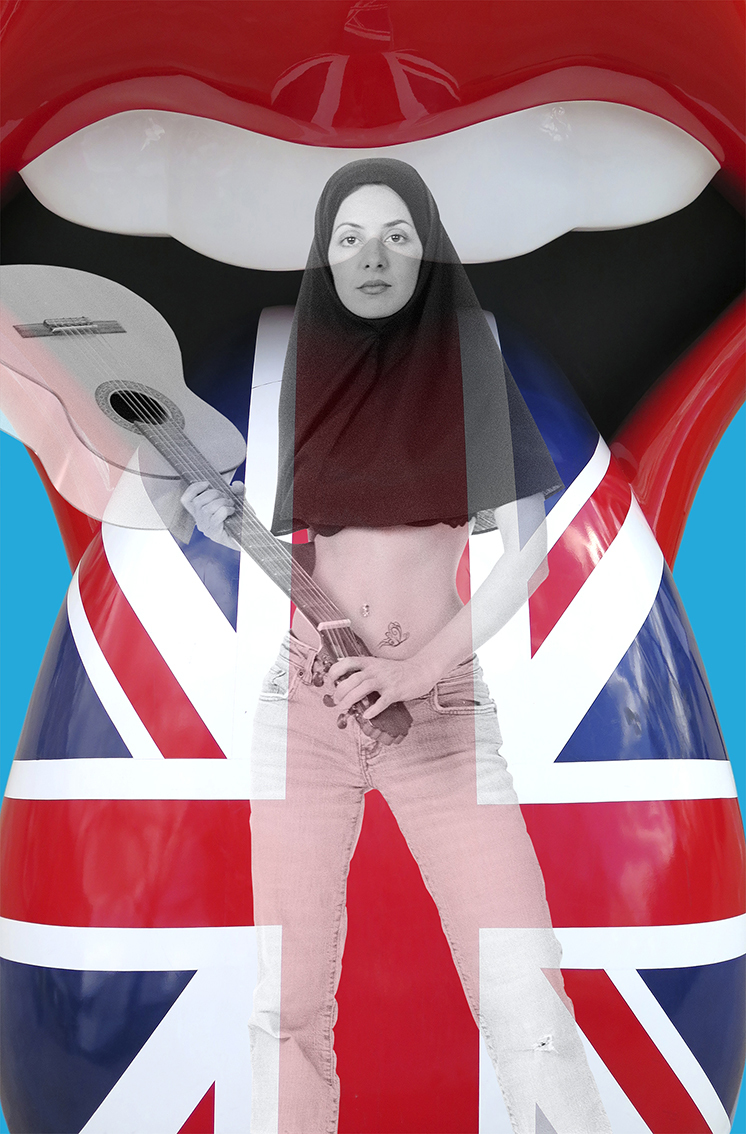 Niloufar Banisadr was born in 1973, in Tehran, where she grew up and trained herself in the art of photography.

She had just turned 30 when she decided, in 2003, to settle in France in order to polish her craft. First in Strasbourg then in Paris a few years later, she worked in earnest to expand her palette and broaden a catalogue of photographs which were exhibited in Dubai, Istanbul, Arles and the City of Light. After being granted French citizenship, and while enjoying a growing reputation in the world of photography and contemporary art, Niloufar contributed, in 2013, to the foundation of the Parisian Gallery 55Bellechasse, which, for its inauguration, organized a successful retrospective exhibition of her work.

The œuvre Niloufar Banisadr has been creating for more than 20 years strings together series which are sometimes abstract, often representational, but always preoccupied with a certain idea of womanhood. When she is asked about her artistic approach, usually seen as politically committed and controversial, Niloufar replies that it ought to be interpreted as an introspective and reflective work on what being a woman today signifies and entails, a work she mostly fulfils in a narrative and illustrative mode.

Closely listening to the stirrings of her own body as well as to those of the women of her generation, both in the East and in the West, the Franco-Iranian artist has often represented herself in her works, either as self-portraits or as dreamlike figures. Having been fascinated, since her very beginnings, by the “clash of cultures” in her native land, Niloufar Banisadr is today internationally renowned and exhibits in a growing number of museums and galleries, notably Basel, Miami, New York and Paris.