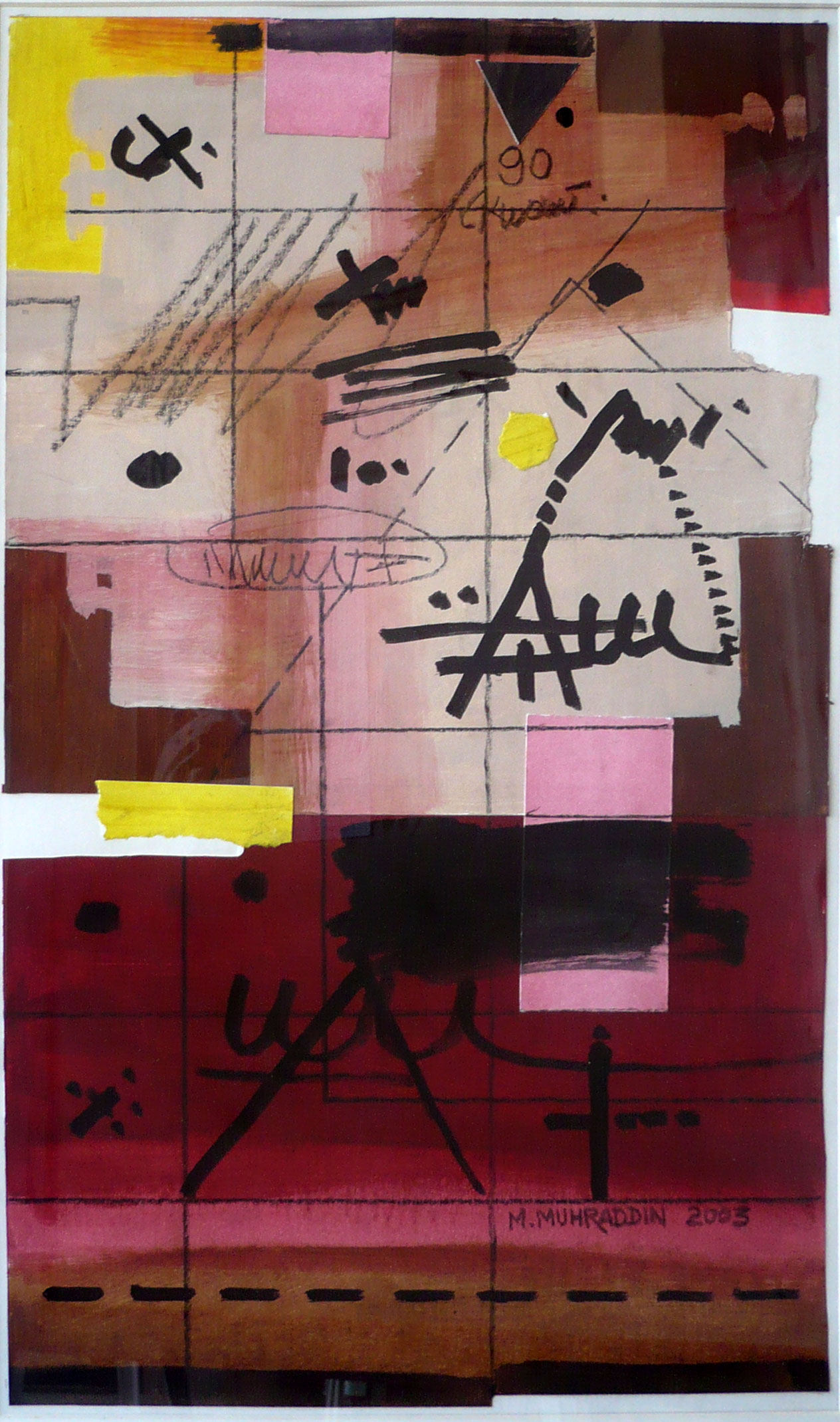 Mohammed Muhraddin studied painting at the Institute of Fine Arts in Baghdad from 1956 to 1959, and later travelled to Poland where he received a degree in fine art from the Warsaw Academy of Fine Arts in 1966. He was a founding member of the New Vision Group of 1969.

Muhraddin is known for his mixed-media compositions; he uses materials such as wood, gypsum and sand. He has participated in exhibitions including the graphic show held at Taleh Hall, Baghdad, in 1967 and the Al-Wasiti Festival.