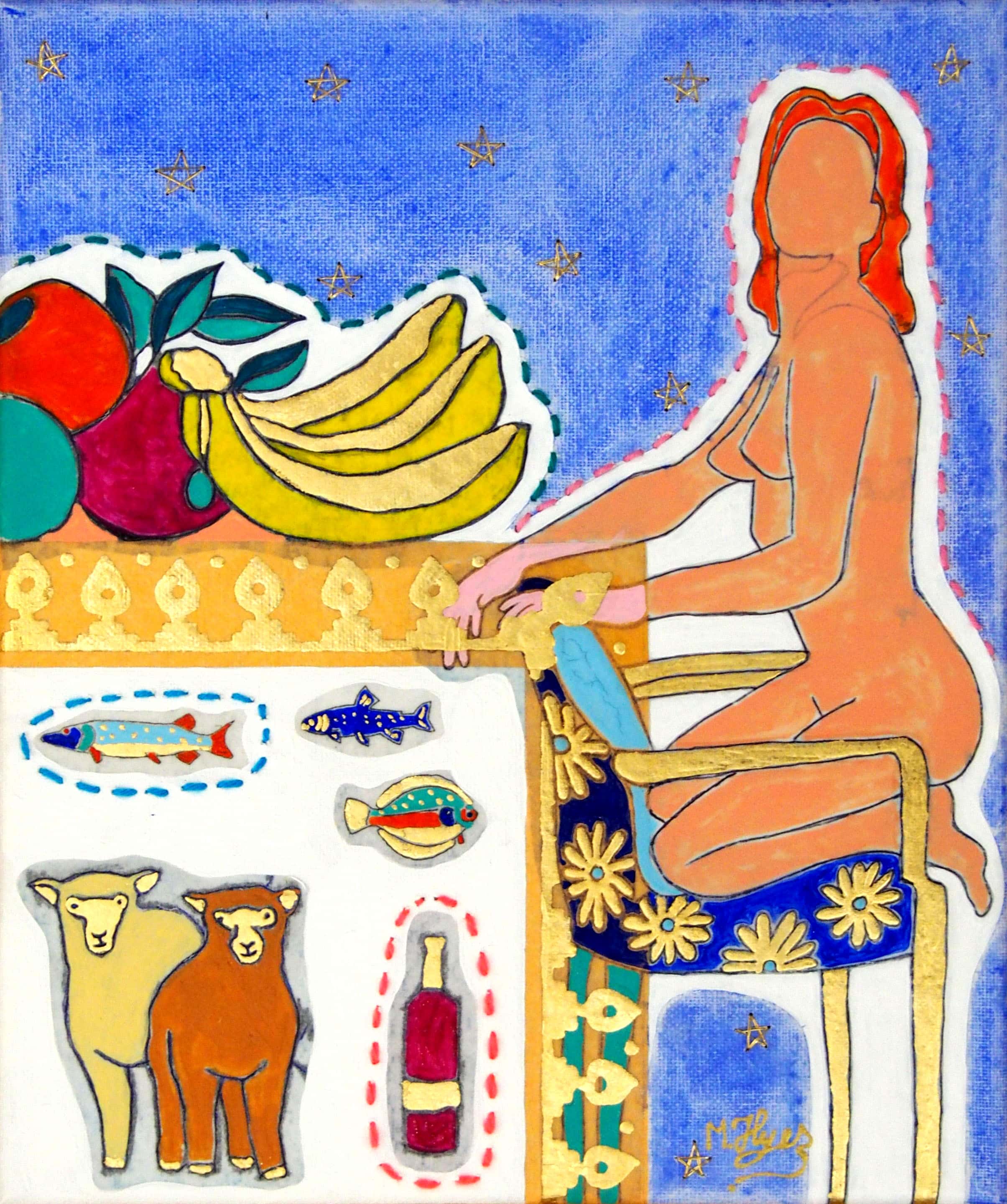 Artist's studio. For a full condition report please contact us.

Ships in up to 15 business days.

Ilyes Messaoudi was born in 1990 in Tunis, Tunisia. He started his artistic journey at the School of Science & Technology in Tunis, where he learned to master several techniques and use different materials. It allowed him to combine painting, collage and embroidery in a style of his own. Currently living between Tunisia and France, his art remains deeply rooted in his North African heritage.

Messaoudi's artistic discourse tends to develop a contrast working through time, between tradition and modernity, where he plays with notions of societal fusions and identity struggles that are awakened by a cultural revolution. His energetic collages often use varying tones with a dash of childish and naive spontaneity, simultaneously critiquing and praising the taboos within Tunisian and North African culture.

In Messaoudi’s most recent collection titled ‘1001 Nights of Scheherazade’, he presents a series of bright and vivid paintings that juxtapose popular Tunisian sayings with traditional and contemporary Tunisian cultural icons to depict the tale of Scheherazade, the legendary storyteller in the collection of the Middle Eastern folklore ‘One Thousand and One Nights’. With these collages that have added sequins and threads, the artist himself becomes a griot of current times, as he wickedly digs into the old tales to reflect upon, conjure and explore the new and current one thousand and one taboos, the one thousand and one doubts, and the one thousand and one emotions.

About his work, Messaoudi has said: “I’m researching anarchism in Tunisia between 1930-1950 and anarchism there today. I use the same mantras, singing the old hymns of political and social discourse, as they are still true today... It is often poetic and sarcastic, but it shows history repeats itself.”