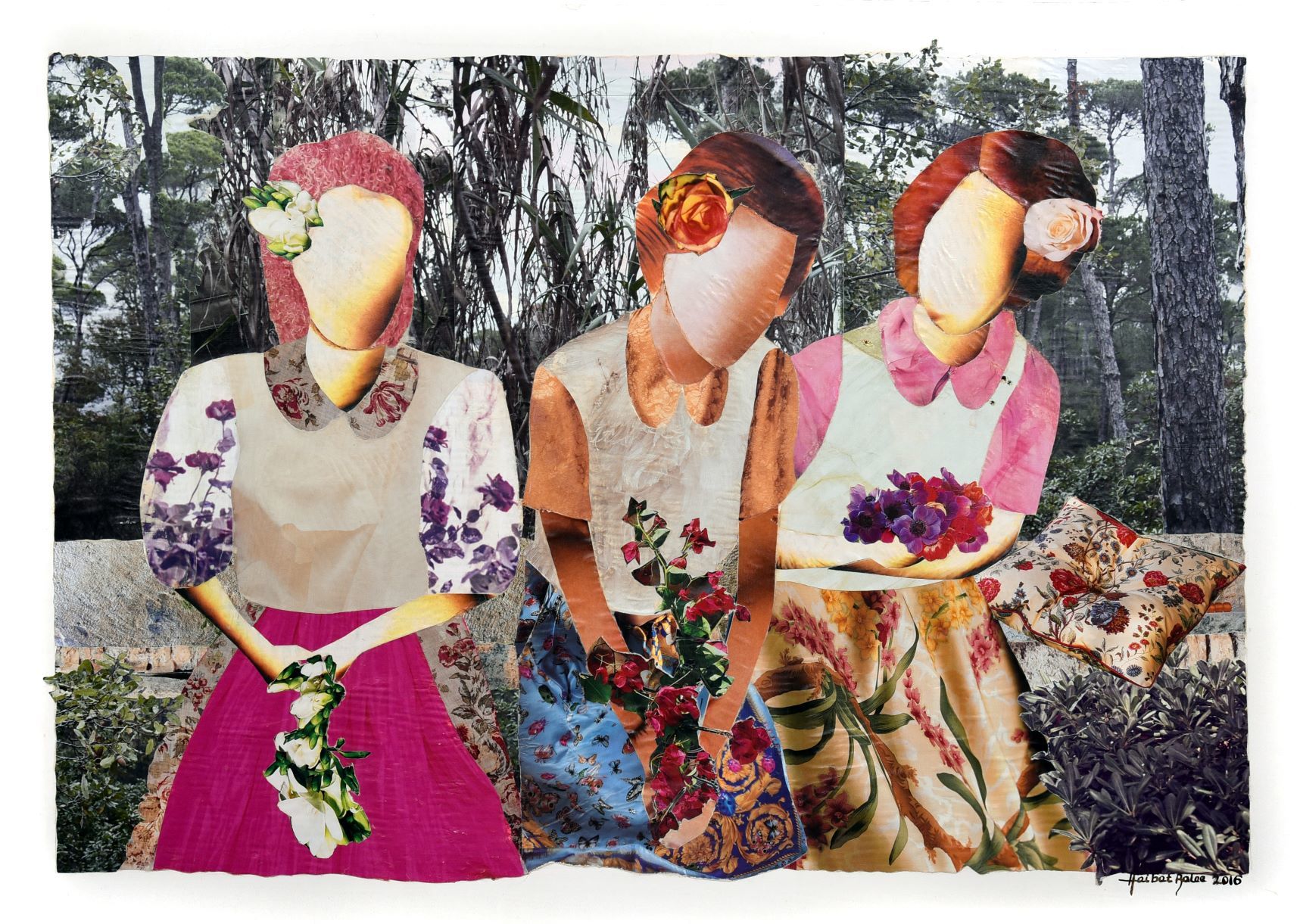 
This Collage artwork portrays a group of three girls enjoying spring time and collecting flowers as as expression of joy and happiness while spending their time outdoors.

Acquired directly from the artist. Zarif, Rachid Nakhle St. Balaa Bldg.
There are no obvious condition concerns. For a full condition report please contact us.
Beirut, Lebanon
Ships in up to 14 business days.