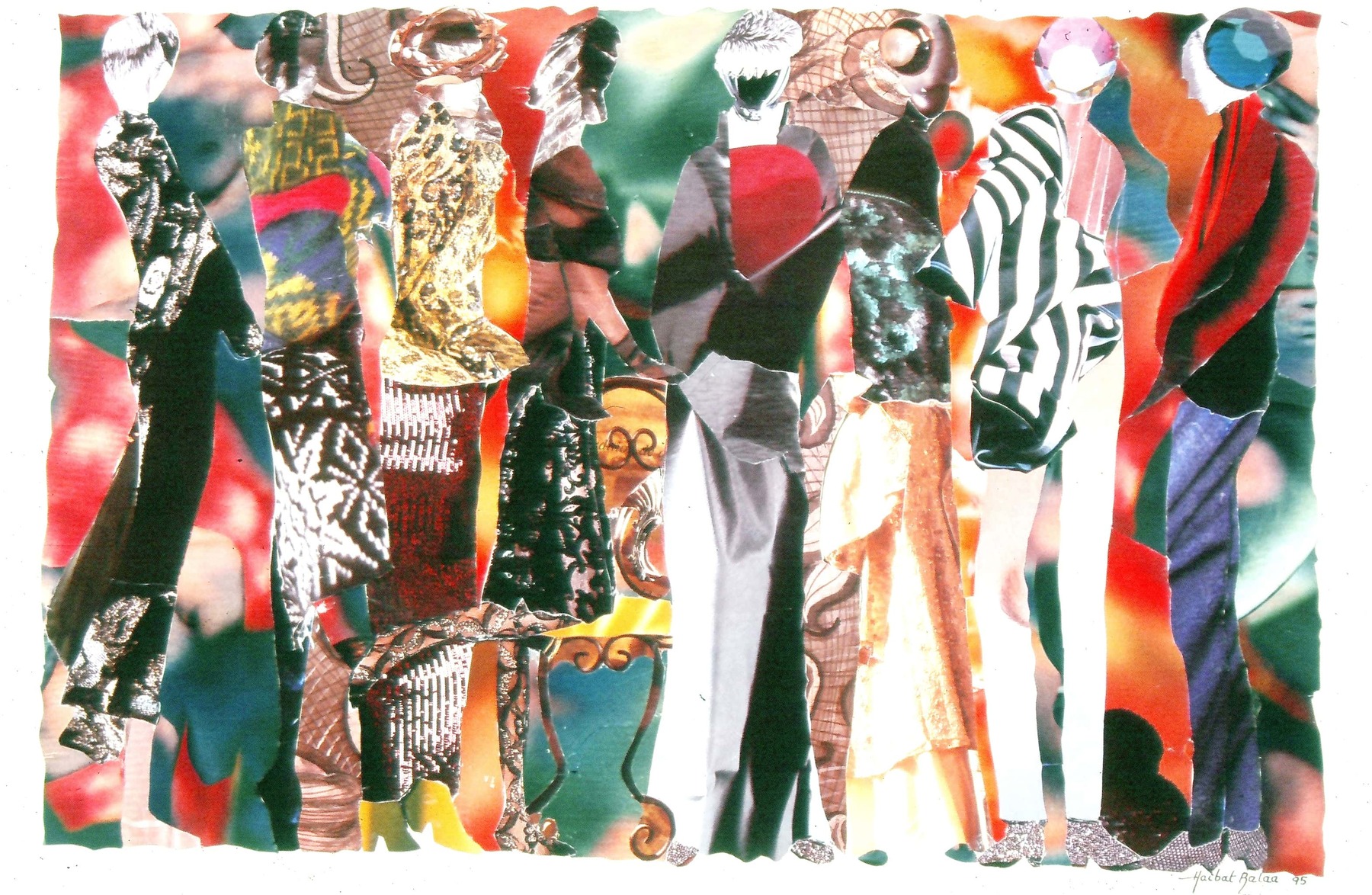 
This Collage shows a group of models showing up their styles in fashion.

Acquired by the artist.
There are no obvious condition concerns. For a full condition report please email service@artscoops.com.
Beirut, Lebanon