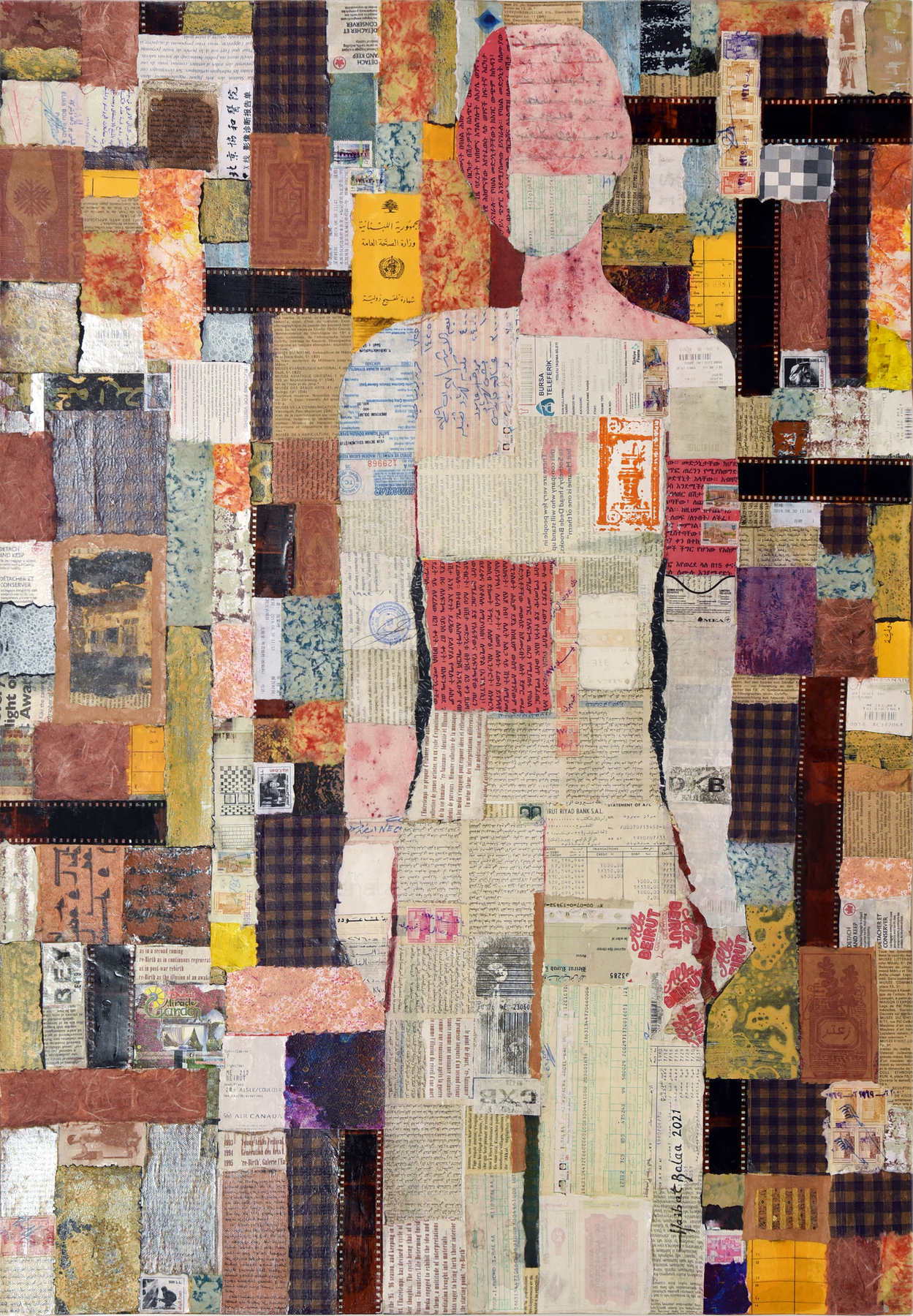 
This Collage artwork on canvas was applied by an artist who has two sons who constantly travel on weekly basis as part of their job, She used bills, stamps, Airplane tickets, hand written letters.... It was applied in a semi abstract manner using geometrical textured background.

There are no obvious condition concerns. For a full condition report please contact us.
Acquired directly from the artist. Zarif, Rachid Nakhle street, Balaa Building, Beirut,Lebanon
Beirut, Lebanon
Ships in up to 14 business days.