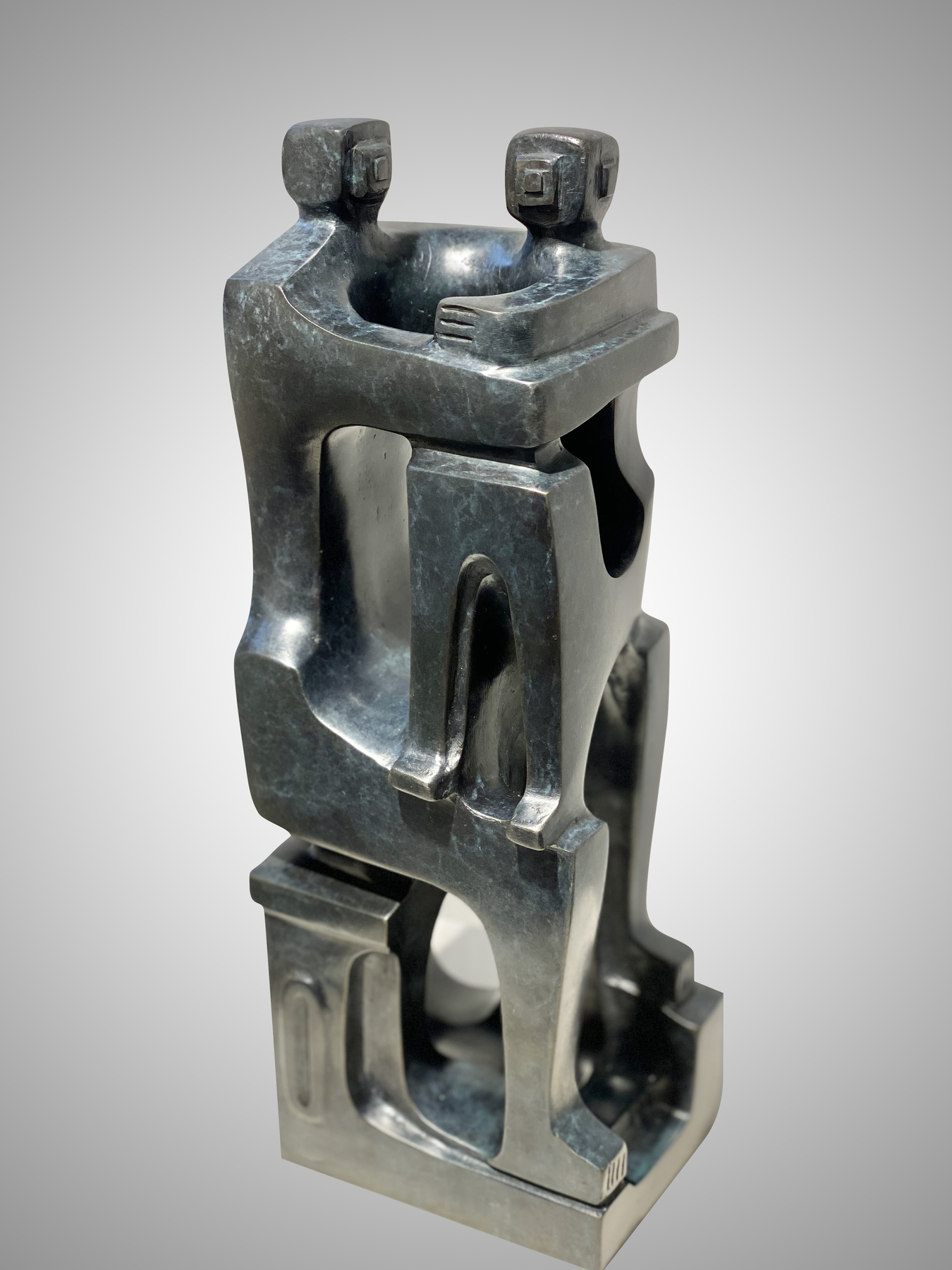 Alfred Basbous was born in Rachana, Lebanon in 1924. His first exhibition in Beirut, at the Alecco Saab gallery in 1958, marked the beginning of a long and successful career as a sculptor.

In 1960, he received a scholarship from the French government and became a pupil of the sculptor Rene Collamarini at ‘The National Fine Arts School in Paris’ (L’Ecole Nationale des Beaux-Arts de Paris). In 1961, his works were included in the International Sculpture Exhibition at the Musee Rodin, in Paris.

From 1994 to 2004, Basbous organized the International Symposium of Sculpture in Rachana, Lebanon, where famous sculptors from around the world were invited to create, sculpt, and exhibit their works alongside his own.

Throughout his life, Basbous won many awards including the “Prix de L’Orient” in Beirut in 1963 and the price of Biennale in Alexandria in 1974. When he died in 2006, the President of the Lebanese Republic, in order to honor him, awarded him the “Medal of Lebanese Order of Merit in Gold”.

Basbous’ works express a lifelong exploration of the human form and its abstract properties. Focused on the aesthetic principles of shape, movement, line and material, his sculptures display a deeply ingrained sincerity and a search for the essence of beauty.

Working in the tradition of sculptors such as Jean Arp, Constantin Brancusi and Henry Moore, Alfred Basbous explores the potential of noble materials such as bronze, wood, and marble to express the sensuality and purity of the human form. This aversion towards frivolous and meaningless embellishments echoes his own philosophy of simplicity and earnestness.

The works of Alfred Basbous are part numerous public collections throughout the world, including the Ashmolean Museum in Oxford, the Musee Rodin in Paris, the Hakone Open-Air Museum in Japan and the Modern and Contemporary Art Museum (MACAM) in Lebanon, among the others. His monumental works are present in the public areas of Beirut and many Lebanese cities.