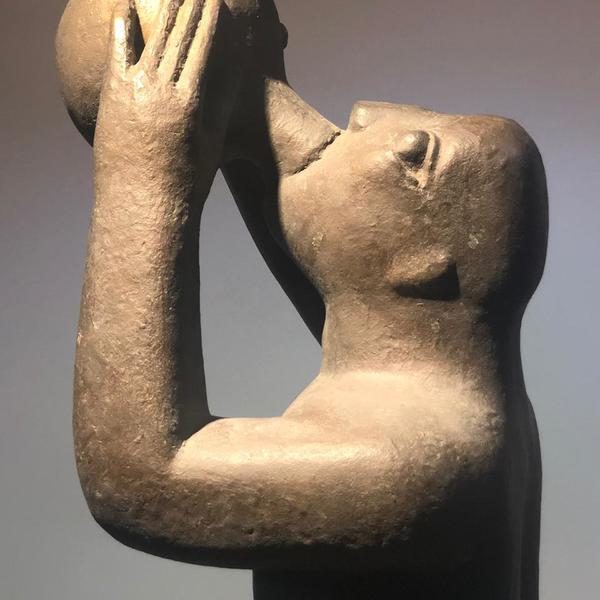 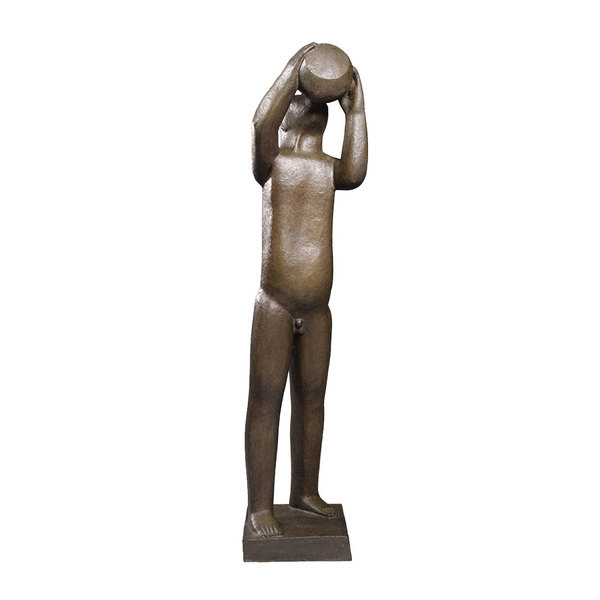 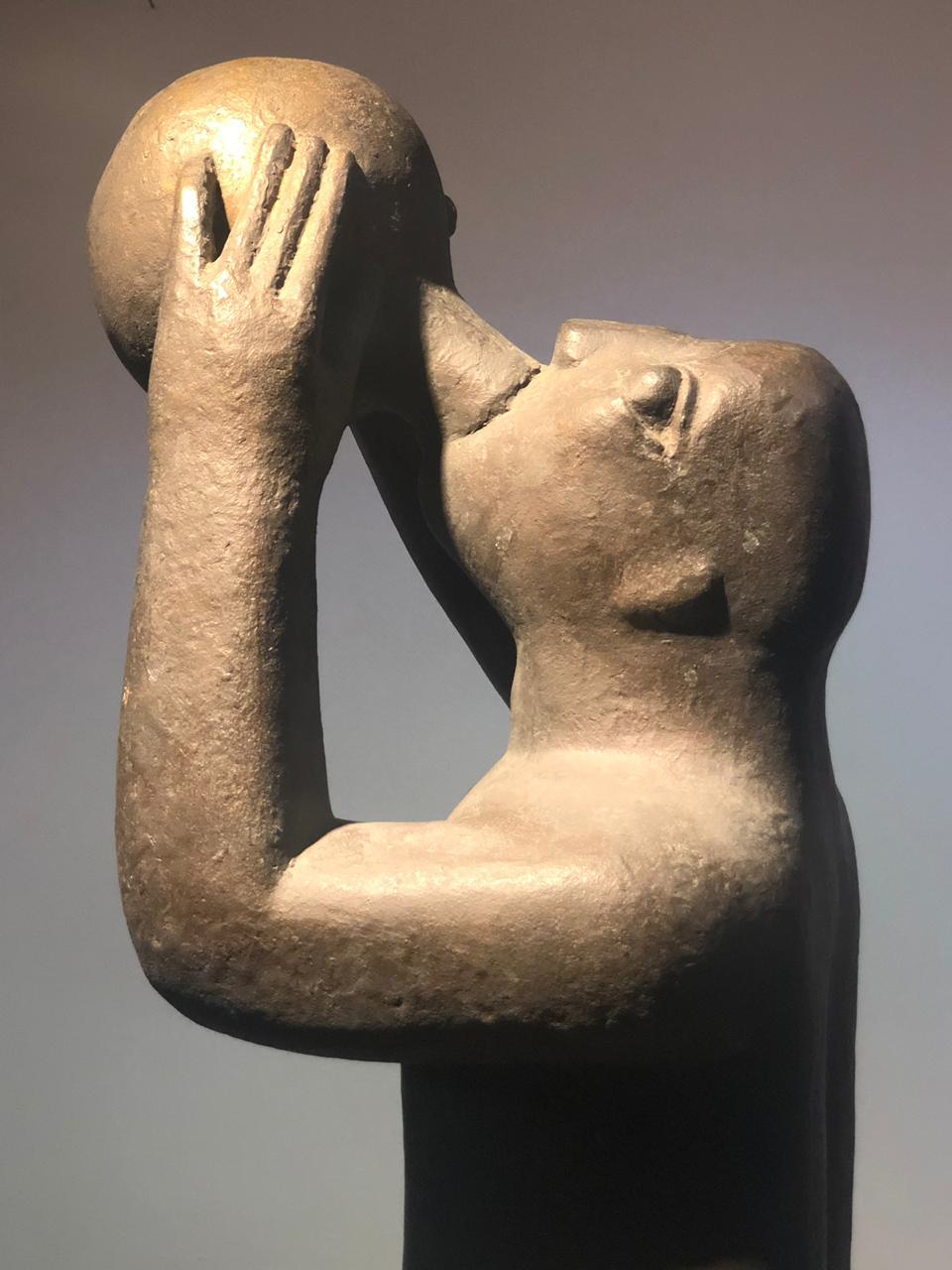 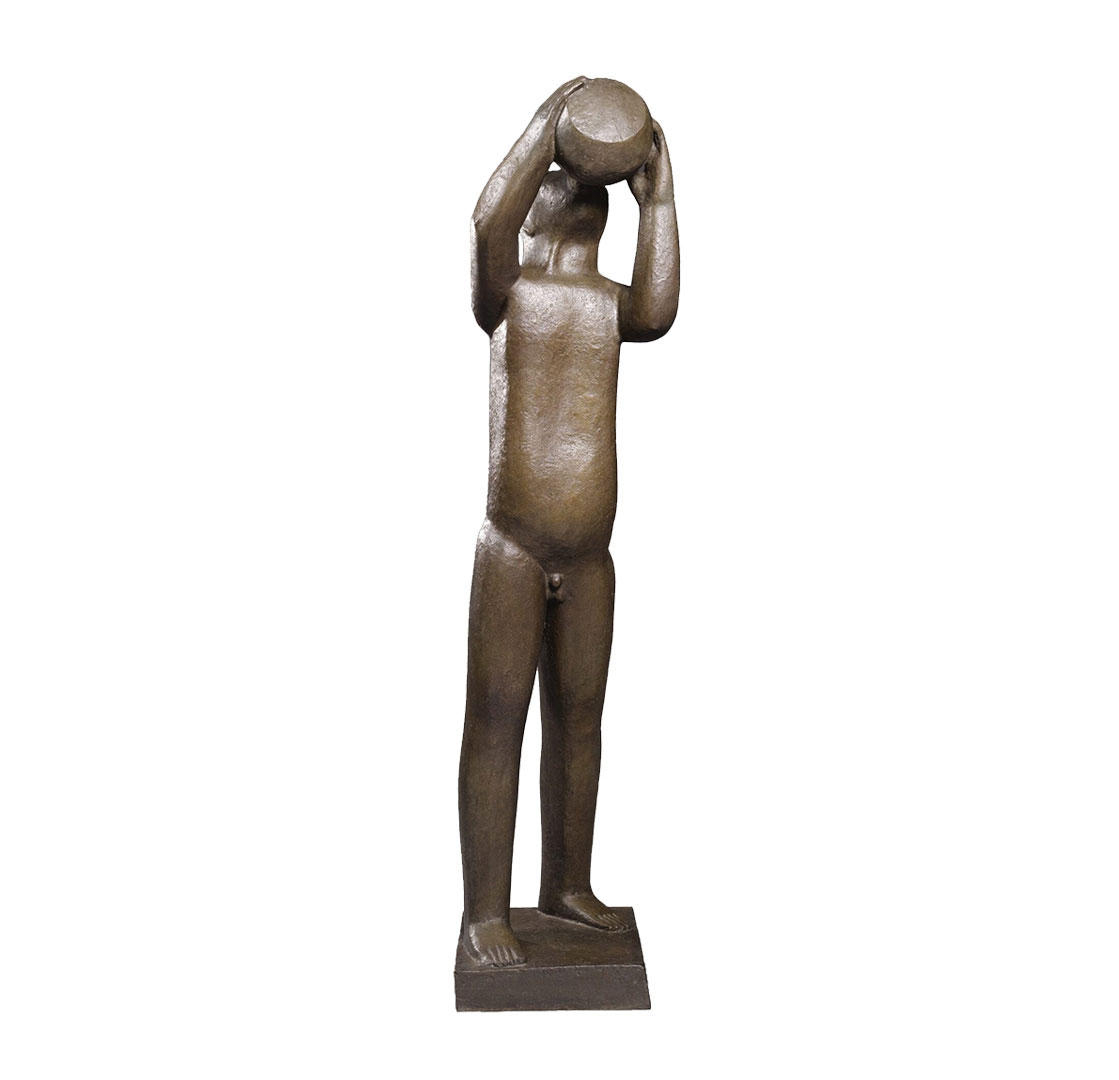 "Born in 1929 into a family of metalworkers, Egyptian sculptor Adam Henein modelled a clay gure of Ramses II at the age of eight. That marked the beginning of an artistic journey that catapulted Henein onto the international art scene.

Celebrated for his sculptural work in bronze, wood, clay, and granite, Henein transforms solid material into ethereal presences through the use of simple lines, capturing the essentials of modernist form. Distinguishing his body of work is the way in which the artist interweaves universal themes—motherhood, birds, boats and prayer among them—with references to Egyptian icons such as pyramids, obelisks, Pharaonic kings and hieroglyphs.

Henein also draws on his heritage in abstract and representational paintings, a series of which are completed on papyrus, and share with his sculptures a poetic simplicity of visual form.

After receiving a degree in Sculpture from the School of Fine Arts in Cairo in 1953, Henein continued his training in Munich and Paris, where he lived for 25 years until 1996. Since returning to Egypt, Henein has contributed greatly to the country’s cultural landscape, particularly in Aswan, where he founded the city’s annual International Sculpture Symposium. Henein has received numerous awards for his work, which has been exhibited in Egypt, the Arab world, Europe, and New York’s Metropolitan Museum of Art."

Adam Henein The Goat Sculpture 85 cm Upon request
View All