Born in 1968 in Nazareth to a Palestinian family, Hisham Zreiq majored in Computer Science. In 1994, he started to create artworks using technology and his computer, and in 1996 he started to exhibit in galleries and museums. After moving to Germany in 2001, Zreiq shifted his whole focus on his art which denoted his own perspective of life and death, and his pains and disappointments. Zreiq is also a film director. He produced and directed his first documentary ”The Sons of Eilaboun” in 2006 and won the “Al-Awda” Award in Palestine for it in 2008. In 2009, he directed a short fiction film entitled “Just another day”, a film that showcases how Arabs are viewed in the Western world after the 9/11 attack. His latest film, “Before you is the Sea”, which he produced between 2010 and 2011, depicts a love story between a Jewish woman and a Palestinian man, a relationship that symbolises the Middle East. 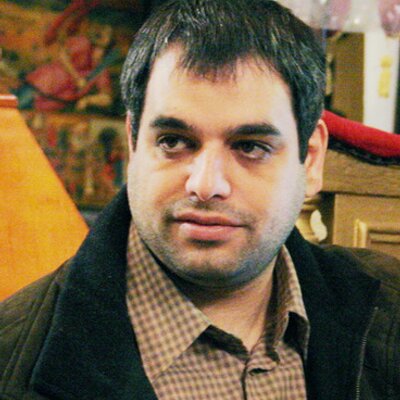