Tala Worrell (b. 1991, New York) is a Lebanese-American painter who grew up in Abu Dhabi. Living and working between Abu Dhabi, Beirut, and New York Worrell’s paintings hone in on the texture of strange intimate moments that make up the perceptual experience of being both an insider and outsider. Worrell earned her BA in Visual Arts with honors from Brown University in 2014. In 2015 she was a fellow at Ashkal Alwan’s Homework Space Program in Beirut, Lebanon. In 2016, Worrell was most recently a fellow of the Salama bint Ham­dan Foundation Emerging Artists Fellowship (SEAF) in Abu Dhabi, UAE. Her work has been exhibited in group shows in Abu Dhabi, Providence, Beirut, and London. Worrell currently lives and works in Brooklyn. 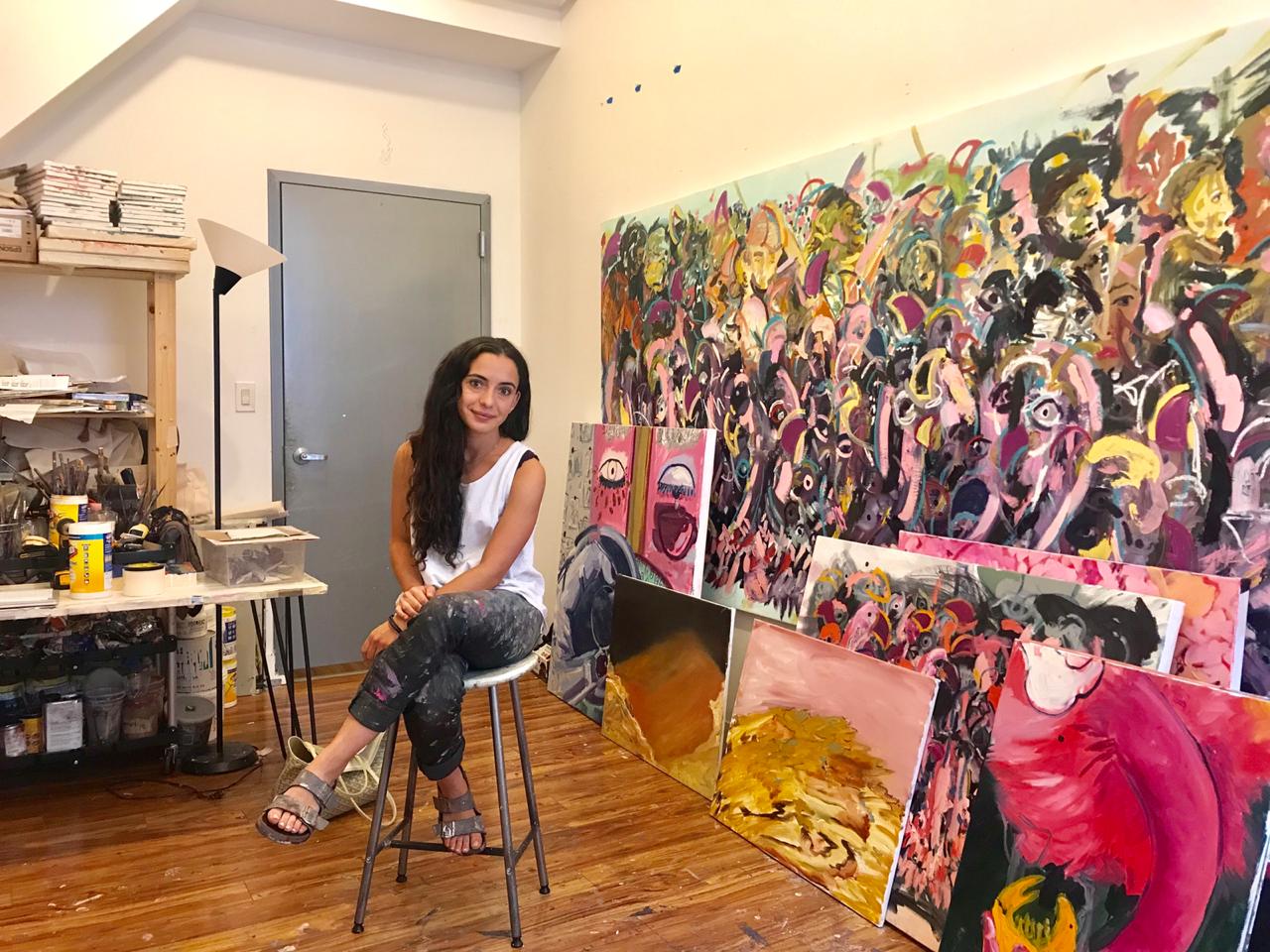