Rewa was born in 1987 in Onitsha, Nigeria and today lives between Lagos, London and Johannesburg. She studied at University College London (UCL), graduating with a BSc. in Physiology and Pharmacology. Never having received formal art training, she is self-taught, taking time from an early age to find her niche and unique style, which proved to be the celebration of the female form, depicted in bright, vivid colours, using traditional materials, including ink and acrylic, on cartridge paper.

Rewa delves deep into her heritage in her work, as evidenced in her ‘kp’ari: The Women of Onitsha’ collection and many others. Recognition has come in the form of invitations to participate in landmark shows, including a joint exhibition at the Gallery of African Art (GAFRA) in Mayfair, London titled ‘Her Story: Sisterhood That Transcends’ (2017). Her work was also featured at the Museum of Contemporary African Diasporan Arts (MoCADA) in Brooklyn, New York as part of MoCADA’s annual 2017 gala. REWA had her first solo show in 2019 at the Jonathan Ferrara Gallery in New Orleans and has since taken part in several group exhibitions and fairs. She was also one of the artists selected to participate in Nike’s Women’s World Cup 2019 Campaign, titled, ‘Don’t Change Your Dream. Change The World’. She is today represented by OOA Gallery in Barcelona. 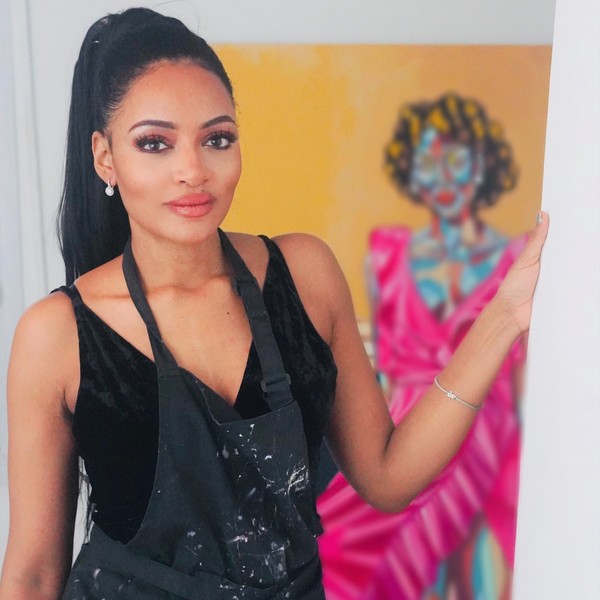