Born in 1974 in Tehran, Iran, Roxana Manouchehri received her Master’s degree in Painting from Tehran’s University of Art in 2002. Having lived in multiple countries, she often includes cultural references in her art to portray the contrast between two cultures. In 2012, she received the Royal Hibernian Academy Award in Dublin and the Visual Art Full Stipend Award for an art residency in Barcelona. Today, Manouchehri resides and works in Dublin, Ireland. 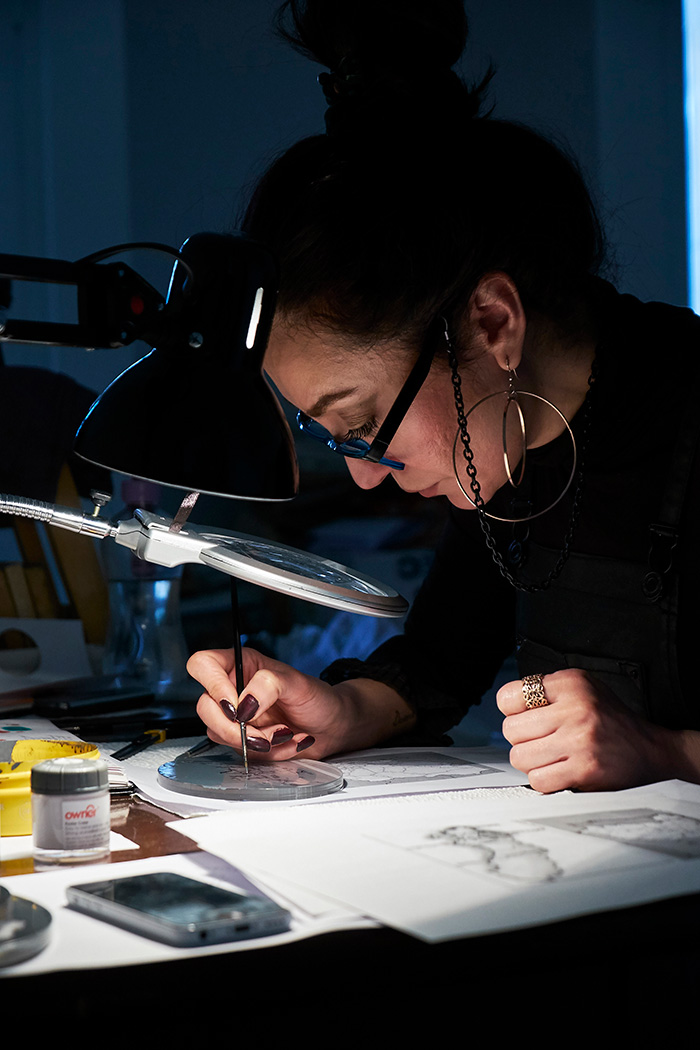