Olivia Mae Pendergast is a painter; she claims it, even if she happens to be presenting photographs.

It was in 2008 that this American-born artist discovered Africa, Malawi in particular. There she tirelessly painted the people she saw around her. Other trips would follow, Haiti, Bangladesh, but in 2016, her decision was made, she left to settle in Africa, Kenya specifically, where she is still established.

Even while she has recently painted landscapes reminiscent of stained glass or batiks, Olivia Pendergast’s favorite theme is the portrait, the figurative in the most literal sense. Her large paintings are not anecdotal. Painting the world around her in Kenya does not in any way imply the search for effects that could be described as sensational or touristy. Even her young Masai shepherd wears a cap like you and me!

No, she captures "ordinary" people in their "ordinary" activities in their everyday life and makes them enter our visual field with ease, almost without doing it intentionally.She saw a taxi driver, a man seated on a chair, a pregnant woman, a mother with a child; she painted them, as she saw them, without pursuing seduction, neither from the model or the observer.

The characters are painted from the front or in profile, without any particular pose, captured "as they are”.

The body always occupies much more space in proportion to the head; the effects of volume reside much more in the traces left by the brushes than in a deliberate search for structure; almost everything seems to be a draft, a quick sketch taken "on the fly”. However, if you take the trouble to observe the canvas, nothing is left to chance.

First, the backgrounds are very worked, but at the same time very discreet, all in lightness, embellished with decorative patterns (arabesques and interlacing) generally completely out of context. They assume their role, but nevertheless they carry their own strength and evocative power. The faces seem quite expressionless, they do not tell a story. The artist breaks down light and color into a sort of very balanced checkerboard dominated by shades of red which nevertheless show black people; the effect is very striking! The artist says it herself, she paints all those people around her exactly as she sees and perceives them.

So this apparent simplicity conceals great creativity and the search for undetectable effects, but the results are obvious, these paintings are beautiful and they move us. Their share of mystery also tickles our imagination; who is this woman?; who is this boy and even this tuk-tuk driver posing proudly in front of his vehicle? Each one carries their share of shadow, in a work which does not precisely include any.

The power of the artist is to make us think and imagine even when nothing in her paintings apparently arouses our reflection, our curiosity, our questioning. It is a triangular back and forth game between the painter, the canvas and the spectator who is forced to invest in order to fully play their role, when they least expect it.

All the poetry of her work emerges in this way, with great subtlety. And you feel its charm and sweetness at the same time as its force, not an aggressive, invasive, obvious force, but one of those forces which start from the bottom of the soul and can overturn worlds.

Olivia Pendergast is a very experienced artist! She completed her BFA at Columbus College’s five year Art and Design program and began exhibiting her work in 1999. She first worked as a conceptual designer in the film industry in Los Angeles for five years.

And then, the call of artistic creativity was at its strongest; she left California and retired to the mountains of Utah to paint full time, away from the world and its artificial temptations. In 2007, she moved to Seattle to invest more in her artistic activity before discovering Africa the following year and finally deciding not to leave.

A renowned artist with multiple distinctions since 1999, Olivia Pendergast has also exhibited on three continents (America, Asia, Africa), in thirty exhibitions, with equal success and her works are in several important collections, including that of the Kenyan president, Uhuru Kenyatta. Let us enter her universe, which claims to be the only dimension of man, take hold of her share of humanism which she generously offers us and take away this piece of soft light that she spreads through our souls. 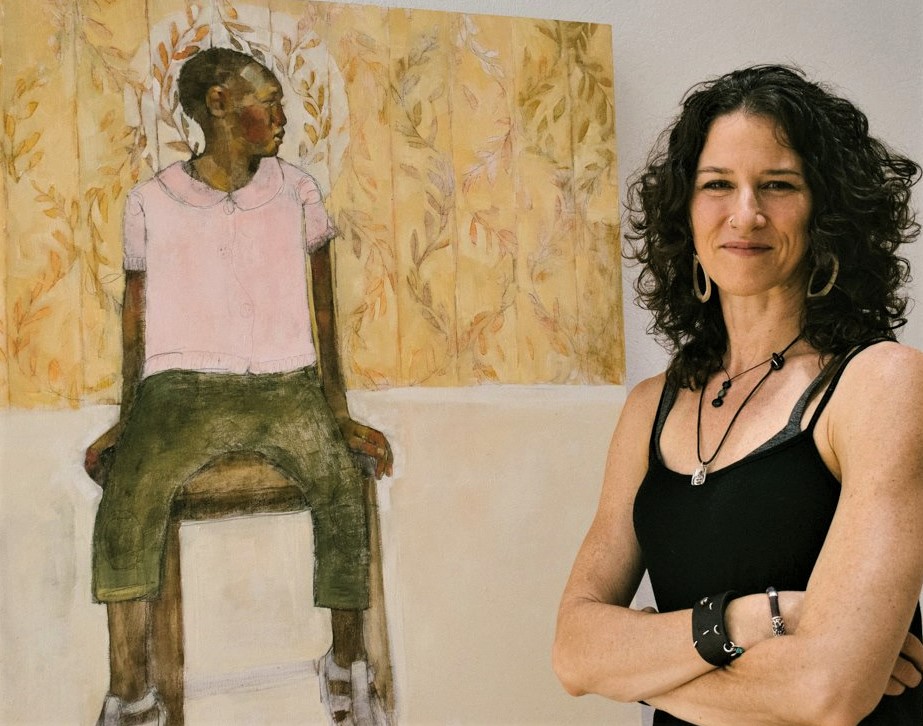