Specialising in sculptural installation, painting, drawing and printmaking, Isabelle Grobler's work explores notions of hierarchies and power relations in a world fractured by economic and socio-political paradoxes. While her sculpture utilises a variety of discarded and obsolete objects as a starting point, she creates surreal environments populated by hybrid machine-organisms constructed from urban debris. In her painting she looks to 'found concepts and ideas' rather than found objects und draws on the history of art as a starting point for her work.

The spaces she constructs in both her installations and paintings are dreamlike and alien: based on reality, but reconfigured by the unconscious, where recognisable things and ideas have been shuffled and reinterpreted to produce a Kafkaesque ambiguity. The characters vacillate, like Frankenstein's monster, between the threatening and the pathetic, representing a transformation of dead things into unclassifiable beings.

Grobler was born is Pretoria and grew up in Bloemfontein, South Africa. She spent her childhood years between the family farm and town. She completed her BA degree in Fine Art at the University of the Free State in 2009 and her Master of Fine Art at the University of Cape Town in 2012 (cum laude). She was the overall winner of the African Continental juried Lovell Art Competition in 2014. She has exhibited in South Africa, and the UK, in galleries and art fairs including a highly reviewed solo booth at Art15 London. Grobler has had two solo exhibitions at Sulger-Buel Lovell, namely A Gnaw of Cannibals in 2016 and The Meatgrinder Madrigal in 2018 curated by Andrew Lamprecht was also exhibited at AKAA 2018 in Paris, France. 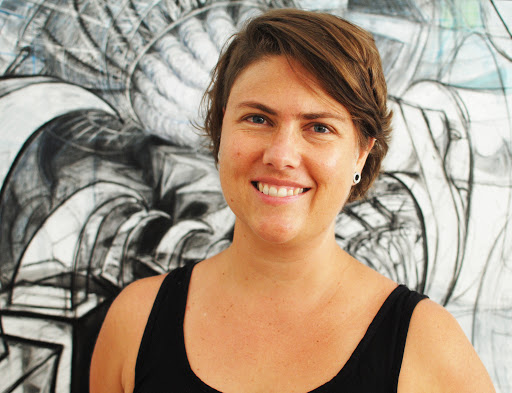