A graduate from the Academy of Fine Arts in Kinshasa, Democratic Republic of the Congo (DRC), Steve Bandoma is an arts and political activist who speaks truth to power through his hard-hitting works. While his CV includes numerous exhibitions, prestigious awards, and residencies, he remains dedicated to furthering contemporary art in his home country.

Bandoma’s art is at once a powerful mode of socio-political critique and a platform of conceptual exploration and formal innovation. Thematically his work addresses the intersections of global capitalism, consumer culture, identity politics and the scourge of neo-colonialism as it manifests in Africa. By citing imperial and religious history, classicism and myth, he uses intertextuality to reveal the complex relationships between the past and present.

While working from an African context, his work addresses universal themes and speaks to the human condition. The significance of his contemporary artistic expression is recognised through his inclusion in such group exhibitions as Beauty Congo at the Cartier Foundation in Paris (2015), the 1- 54 Contemporary African Art Fairs in London and New York (2014, 2015), and the travelling exhibition Kongo Across the Water (2014-2015). His work featured in Evora Africa in Portugal (2018) and was most recently included in Kinshasa Megapolis in Leipzig and the Lubumbashi Biennale, Kinshasa. Bandoma has had several solo exhibitions in the DRC and South Africa, in Europe, the USA and the United Kingdom. He’s received scholarships from Pro Helvetica, Greatmore Studios and Design Indaba and held residences at the Nirox Foundation in Johannesburg, the French Institute in Kinshasa and the International City of the Arts, Paris. 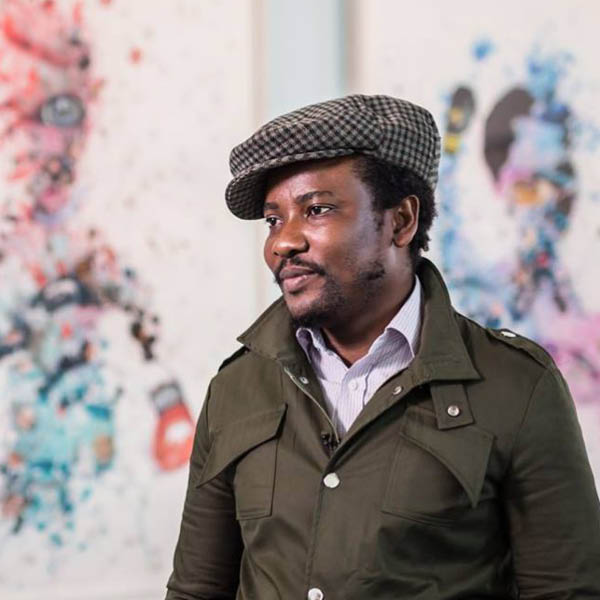