Born in 1978 in Jerusalem, Bashar Alhroub is a Palestinian visual artist. After having graduated with a B.A in Fine Arts from the Al-Najah National University in 2001, he was awarded with a fellowship from the FORD Foundation to pursue a M.F.A at the Winchester School of Art of the University of Southampton in the UK. Alhroub works with a variety of media including photography, video installation, and paintings. His work is deeply influenced by the socio-political views that assert his identity as well as his desire to belong to a social and cultural community. Rooted in a particular region, Alhroub constantly longs for a feeling of attachment, a sense of significant ownership of that place. His recent work is more to engage with the search of the Self, specifically the threatened self-identity. 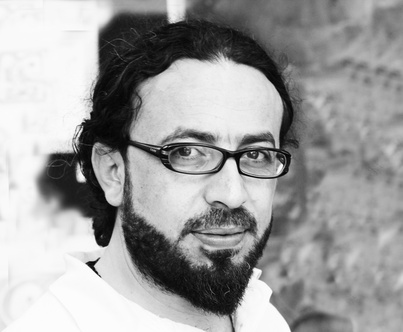